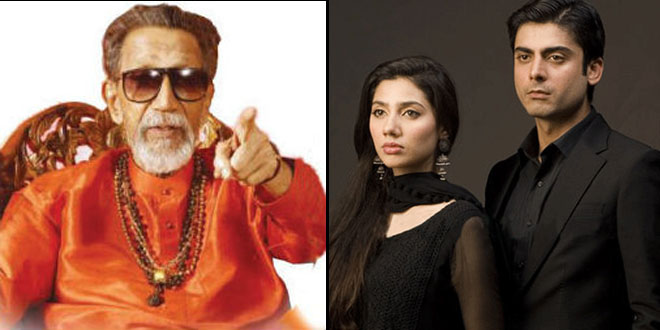 Hindu extremist party Shiv Sena, in order to undermine BCCI and PCB authorities, has recently threatened and constrained the ICC to send the Pakistani umpire Aleem Dar back home in light of the violence that has ensued in India.

This vitriol has been part of a series of offences that the Shiv Sena has made against Pakistan and Pakistanis over the past few days.

Prior to this, activists from Shiv Sena raged the base camp of the Indian cricket board in Mumbai right before a meeting was scheduled between the Indian cricket authorities and their Pakistani counterparts to revive cricketing ties between the two nations but due to uncivilized behavior shown by the extremists, the meeting got cancelled and any chances of both the teams facing each other on the ground were scratched off.

Surprisingly there were no security arrangements made for the high profile meeting that was scheduled. The police that stood on the gates of the BCCI office seemed helpless. The whole scenario more or less looked like a pre-planned event.

Shiv Sena probably loves staying in the headlines. The narrow minded extremist party is now after the talented Pakistani artists Mahira Khan and Fawad Khan. Our actors as well as our singers are debilitated. Our filmmakers are advised to showcase their work elsewhere, not in India.

Is this a response to Pakistanis having success in India? Of Pakistani singers acquiring more popularity in India when contrasted with Indian artists? Is Shiv Sena insecure of the Pakistani cinema that is quickly moving towards a restoration or is it terrified of the enormous fanbase Pakistani celebrities have earned in India?

Shiv Sena declared openly that they won’t let Pakistani actors work in India or promote their films here. They were specifically talking about Mahira Khan’s upcoming film Raees and Fawad Khan’s Ae Dil Hai Mushkil. Fawad, after his debut in Bollywood with Sonam Kapoor, was taking a shot at “Ae Dil Hai Mushkil” while Mahira was chipping away at a venture with King Khan (Shahrukh Khan).

“We have taken a stand not to allow any Pakistani actors, cricketers or performers to step on Maharashtra soil,” says Akshay Bardapurkar, general Secretary of the Shiv Sena Chitrapat Sena, the party’s film wing.

Pakistan is disappointed by this unwelcoming attitude of Indian extremists and by this stage show that was set up by the Indian government by acting vulnerable before mere 50 law-breakers. This was most likely an approach to flee from framing fair terms with Pakistan.

Pakistanis appear to be content and pleased with their nation to be the first to attempt and start dialogue. Generally Pakistanis are not willing to pursue India or ask for a cricket series or for Pakistani movies to premier in India, but for the sake of peace, they were on-board with this decision to be the bigger nation and take the first step. Yet India seems adamant on animosity.

Shahid Khan Afridi, while speaking to the Pakistani nation, has made it clear that we don’t have to play against India or to implore them for a series; there are many other teams to play with.

We spoke to some celebrities and individuals from the media industry of Pakistan regarding this issue and here are a few of the comments we received. “It’s a sad situation considering that India is now an international market for media but they are only targeting Pakistanis. I think it was coming sooner or later. Two wrongs do not make a right. We believe in this and that is why we always compromise. I believe we should continue to have an amicable relationship”. “There are extremists and loyalists and moderate people in every country. The key is to remain moderate no matter what others say. I believe balance and moderation are the healthiest ways to live life. Also, you must have relatives, who are doctors and engineers in the USA, don’t you, even after how we were treated post 9-11?

People go where they find good work and better rewards. It’s not about India. It’s about the work. Also, I believe such dry situations occur because of the media. Media in both the countries need to practice responsible journalism”. “This chaos has been created before as well and with time it faded out but one thing is for sure, whether it’s Pakistan or India, the culprits won’t let us unite especially with our success and popularity in their country”. “We should not work for India as a nation if we have any respect and dignity left”. “Just make sure you have two horns on your head. Then you’ll be safe; in fact, the Indians will then cherish you for life. The Indians have said no more cow slaughter so anyone who is a cow these days in India is safe”. “Our celebrities should focus on our Industry. There is nothing wrong in it. About this extremist approach, I’ll just say that masses from both the sides need to be tolerant and loving instead of pulling each other’s leg down and stopping growth. Let bygones be bygones. Both the countries need to work on this together to change the mindset.

The nations need to change, their thinking needs to change. Two people alone can do nothing. Let’s see each other as humans and not as Hindus or Muslims. We need to learn how to differentiate between religion and other walks of life. We should recognize our potentials and grow together by helping each other in our areas of weakness instead of taking advantage of it”.

Overall Pakistanis and our celebrities still are ready to welcome India but not by begging them. Pakistan and its respect and dignity come before anything else. We, as Pakistanis, have big hearts and know how to treat neighbors with love and compassion. It is beautiful how Pakistan is still not passing any negative remarks but is hoping for good times.

Here’s to hoping that India changes its ways and gives some method to its madness.