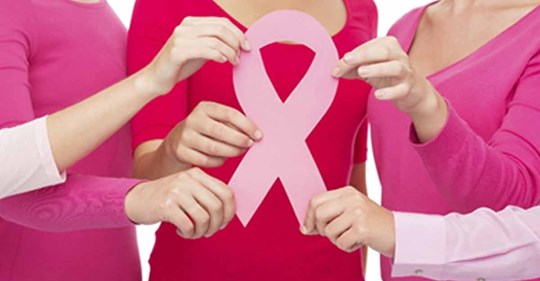 Breast cancer is not a rare disease anymore. One in every nine women is likely to develop this dangerous condition at some stage. The nightmare is here to stay. Moreover, it attacks without discrimination. A celebrity is equally prone to be its target as any other woman.

However, unlike the common woman, a celebrity has greater access to prominent platforms to voice their experience. Spreading awareness about breast cancer will allow us to fight off this sickness more efficiently.

We bring you experiences of 10 famous celebrities that have survived the battle against breast cancer. Learn from them and appraise their tremendous efforts to fight this disease. This 70-year old legend is a breast cancer survivor as well. She was diagnosed with the disease in 2000 but overcame it with her family’s support. When asked about her recovery from breast cancer she said, “I don’t give up easily. Even death will have to fight me.”

She is an accomplished journalist, exceptional author, a famous television host, as well as a great mother of seven. She is a survivor since 2014 and is busy spreading awareness since then.

She believes that early detection of breast cancer is crucial to recovery. Joan considers herself lucky to have her condition diagnosed in the earlier stages. This journalist has discussed her experience in detail on various occasions and continues to do so.

I can’t believe it’s been 3 years since I was bald in @people #FlashbackFriday #breastcancersurvivor pic.twitter.com/rzHaeAi1uV

At the age of 44, Sheryl was diagnosed with ductal carcinoma in situ (DCIS). This came as a shock for the 19-time Grammy Award-winner as she stayed on top of her mammograms. She survived because of early detection. There was no history of breast cancer in her family.

The artist has been in remission for over 10 years.

Sheryl Crow Gets Candid About Her Life 10 Years After Being Diagnosed With Breast Cancer https://t.co/gbNQHIHbBD

Applegate, a renowned TV star, became a breast cancer survivor at the age of 36. She was cautious because of her family history. This led to early detection making successful treatment possible.

Despite having cancer in one breast, she opted for double mastectomy. Her decision was based on her testing positive for BRCA gene mutation.

She wants to continue spreading awareness among the masses The Sex and the City famed actress was diagnosed with breast cancer in 2006. Her mother was also a survivor and helped her fight off the disease. Six and a half weeks of radiation and lumpectomy finally healed her. She played her role in educating women on the topic by joining the Susan G. Komen organization. Skyes discovered about her condition during a breast reduction surgery at the age of 47. The famous comedian opted for a preventive double mastectomy. She said that with no breasts, she had zero chance of developing the loathsome disease. Somers, an entrepreneur and actress, best known for her roles in sitcoms is also a breast cancer survivor. She was shocked to find out about the cancer because she had been extra careful about her health. Apparently, everyone is at the risk of getting breast cancer.

Famous actress, Rita Wilson had Invasive Lobular Carcinoma and opted for mastectomy. She found out after going for a second opinion when the first report came negative. She knew something was not just right and this saved her life in the long run. The famous TV show host was diagnosed with an aggressive triple-negative type of breast cancer in 2007. While she survived it, the treatment had included chemotherapy, radiation, and lumpectomy. Encouraged by her mother she had been rather vocal on the topic ever since. Last on our list is perhaps the most famous celebrity to have survived the dangers of a breast cancer. Angelina Jolie of Mr. & Mrs. Smith fame was tested positive for the breast cancer genes but she didn’t have it in either breast. Yet, she opted for a double mastectomy considering her family history of the disease.

She explained that her decision was wise and it did not make her feel any less of a woman. She feels empowered for making a difficult decision.