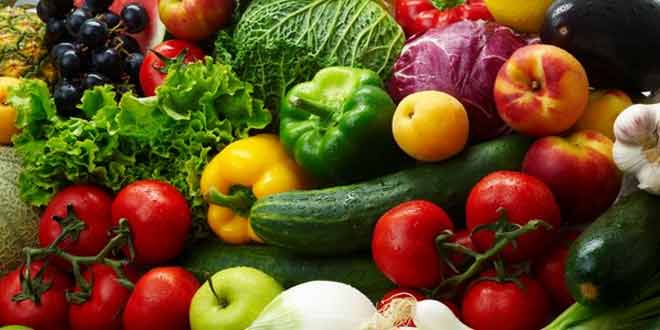 Study Says These Foods Can Help With Depression

Eating a diet of fruit, vegetables, legumes and nuts that’s low in processed meats could ward off depression, according to a large new study that suggests what we eat is more closely related to our state of mind than previously thought.

“We wanted to understand what role nutrition plays in mental health, as we believe certain dietary patterns could protect our minds,” says lead researcher Almudena Sanchez-Villegas, of the University of Las Palmas de Gran Canaria. “These diets are all associated with physical health benefits and now we find that they could have a positive effect on our mental health.”

Working with 15,093 people, the research team compared the effects of three diets on mental health including the Mediterranean diet, the Pro-vegetarian Dietary Pattern and the Alternative Healthy Eating Index-2010.

Participants — who were free of depression at the beginning of the study — were all part of a cohort study that began in 1999 to explore the relationship between diet and conditions such as diabetes, obesity and depression.

They self-reported their dietary intake at the beginning of the study, and 1,550 of them claimed to have a clinical diagnosis of depression or to have taken anti-depressants in a follow-up, eight and a half years later.

The Alternative Healthy Eating Index-2010 demonstrated the greatest ability to ward off depression but the researchers attribute this to its similarity with the Mediterranean Diet.

Omega-3 fatty acids, vegetables, fruits, legumes, nuts and moderate alcohol intake make up the brunt of both regimes and are likely what keeps the mood in check, according to the study.

“The noticeable difference occurs when participants start to follow a healthier diet,” says Sanchez-Villegas. “Even a moderate adherence to these healthy dietary patterns was associated with an important reduction in the risk of developing depression.”

On the flipside, the research team observed no added benefit to following the diet stringently, indicating that a threshold effect may exist, according to Sanchez-Villegas.

What this means is that once you eat healthily enough to observe a difference in your mood, you’ve likely reached a plateau and becoming obsessive about healthy eating won’t make you ridiculously happy.

The good news is that adhering to one of these diets means you can get away with a few dietary sins in moderation without dampening your mood.
Source: AFP/Relaxnews

6 Common Foods and the Right Time to Eat Them