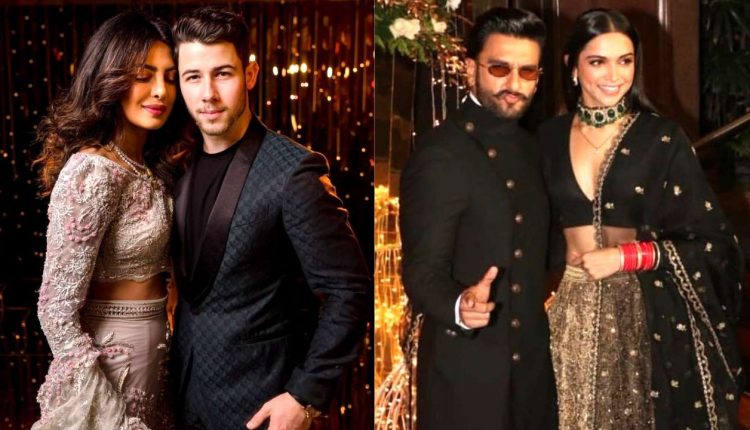 Weddings are temporary, tweets are forever!!

Just when you think the biggest Indian weddings are now over, in comes another event. Priyanka Chopra and Nick Jonas hosted their Mumbai reception for Bollywood recently even though they tied the knot right in the beginning of December. All the glitz and glamour aside, what really stayed with us through this whole thing were the hilarious tweets regarding all three weddings of the year. You already know which ones we’re referring to, right?

The following tweets are our personal favourites:

1. This hilarious dig at Salman Khan being a background dancer at the #AmbaniWedding

Because let’s face it, if you’re rich then even Salman Khan will let you have the stage.

Anant Ambani: When i perform on stage, i need some good Background dancer.
Mukesh Ambani: OK i will arrange Salman Khan pic.twitter.com/ZOjVMl8LLu

ALSO READ: Priyanka And Nick’s Wedding Menu- According To Us

Who called it Priyanka Chopra’s wedding and not Nick-ah?

3. This reality check on all the reactions to the #DeepVeer wedding

If you didn’t do this, what is even wrong with you?

Me when I saw Hillary Clinton dance at the ambani wedding pic.twitter.com/XBTqtbVeaX

Because if you really don’t have as many wedding events as the #DeepVeer, #NickYanka and #Ambanis, then are you even in love?

If I don’t have as many wedding receptions as nick and priyanka, I’m not getting married

6. This apt description of the big deal that were the #DeepVeer wedding photos

They made us wait too long.

ALSO READ: How To Cope With The 10 Million Wedding Events That Aren’t Even Yours

7. This not-so-subtle dig at Hilary Clinton’s presence at the #AmbaniWedding

Apparently that was the biggest shocker of the wedding.

Hillary Clinton at Isha Ambani’s wedding looks like the token confused white person trying to blend in and I can’t get over how random this whole thing is pic.twitter.com/kafrZ7uq1o