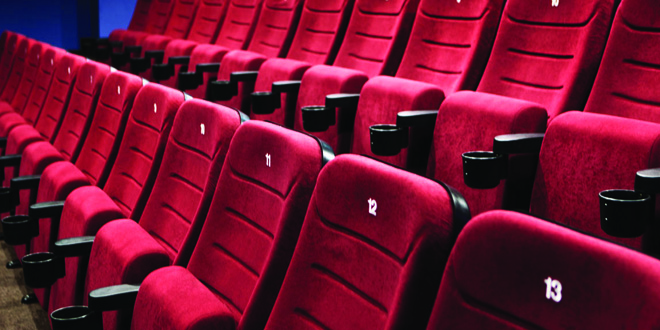 Entertainment is defined quintessentially as a form of activity that holds the interest of people by providing pleasure and delight. But what does entertainment mean in today’s fast-paced world?

In the world today, entertainment industry is growing at a rate faster than ever before. Where once entertainment consisted of listening to the radio, watching black and white silent movies and satellite TV Channel, today entertainment TV Channel is available in hundreds of forms. They target a wide market ranging from toddlers to the elderly and everything in between.

The modes of entertainment now include music, internet, videogames, sports, cable TV, radio, podcasts, newspapers, magazines, exhibitions, amusement parks, restaurants, and cinema and so on. Where the purpose of H entertainment was once to have a good time, at present, the process has been accelerated by the corporate industry which records and sells entertainment products, competing in a cut throat market.

Millions and billions of dollars are spent every year for the amusement of people. Movies are made even bigger and better using new technology and cameras, at foreign locations, with the highest paid actors so as to maintain people’s interest. Beautiful models are used to advertise clothing, apparel, food chains and even drinks.

Every year Apple releases a new phone boasting faster software, improved design and status symbol for people to flaunt. Cable TV now has hundreds of channels dedicated to cooking, drama, history, nature, learning, comedy, health and news. In retrospect all this seems a little excessive and bizarre, however it fits right in today’s aggressive way of life, where old is boring, and the pace at which we’re moving, people get bored too easily.

One branch in particular that has risen beyond comprehension is what is commonly known as ‘show business’. This includes aspects of the entertainment industry from the business side (including manager, agents, producers, etc) to the creative element (including artists, performers, writers, musicians and technicians).

The evolution of cinema is nothing short of extraordinary. It is deemed as one of the most competitive fields of business, ‘show bizz’, boasts glitz, glamour, stardom and fame. Some of the richest people in the world are from the film industry. In this age of social media, the world is now a global village where celebrities keep in touch with their fans and keep them up-to-date with their lives and career.

This influences people to live like them, dress like them and eat what they are eating, thus increasing their fame and net worth. The internet also helps us stream Best shows that are inaccessible to us via cable and now we enjoy the luxury of watching shows made in one corner of the word, in the comforts or our home. This not only increases popularity of the actors but also help promote small scale television industries.

The movie industry has also come a long way from an era of black and white to color, from 2D to 3D and now even 6D. Many of the movie stars have even gone on to become politicians owing to their popularity. Where once cinema was a symbol of extravagance, giving an ordinary man an insight to the supernatural, sci-fi and star struck life, it now also bring the issues faced by that same man onto the screen, making us more aware and forcing the society to think. Some of the issues brought into light by movies include suicide, depression, bullying, racism etc.

In the end, no matter how many movies are released, channels provided, restaurants opened or music produced, only the best of the best go down in history as timeless. Fame and popularity fades as rapidly as it is earned. This is the reason the entertainment industry is so cut throat and always ready with newer and better material for the public to entertain themselves with.