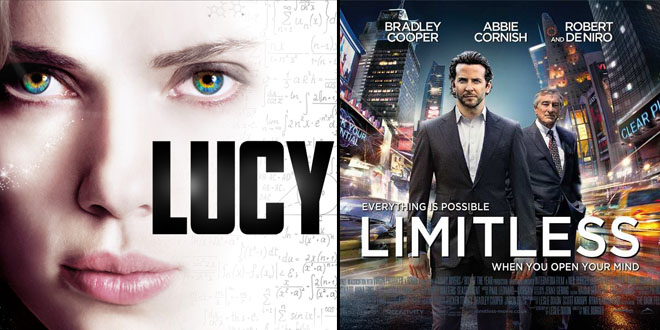 Ever watched Neil Burger’s Limitless? Most of you must have, and for those who haven’t, let me brief you about it. It’s about a guy who had a strange pill that increased his mind’s capabilities so much that he started using a 100% of it. This increased his productivity remarkably, and he soon became a success.

Now wouldn’t that be a wonder?

If you want to succeed, just take a magic pill and all your dreams will come true. Easy as it was in the movie, reality is quite different. Although this phenomenon has been depicted in various other pop-culture movies and stories, such as the 2014 blockbuster movie Lucy, and DC Comic character, Deathstroke, it has been rejected and proven wrong on scientific grounds. Even the mastermind of all times, Albert Einstein, has been tagged with the sensational assumption that claimed that he used more than 10% of his brain, thus his genius.

The myth of how much a person uses his mind is old and has been prevalent for decades. Previously, people thought that brain consists of a multitude of cells. Not all of them had been studied at that point. Plus, most of the brain cells are glial cells, which do not actually perform the neural function of signal transmission but only support the brain cells that do it – the neurons.

This led people to believe that we do not use a hundred percent of our brain.

However, modern technology and advancement have led to a different opinion. Brain is made up of numerous cells and all of them have their own specific use. If any one of them is damaged, the loss of activity that results is proportionate to the amount of damage done.

In an article in Scientific American, John Henley, neurologist at Mayo Clinic in Rochester, Minnesota, stated that there is proof that over a day a human being uses more than 10% of his brain. This has been proven by Barry Beyerstein who has given seven points of evidence in this regard. According to him, if 90% of the brain normally remains unused, then there should be no defect in human performance if any part of the brain is damaged; but this is quite wrong. No matter what part of the brain is damaged, there is always some error in human performance.

Also, brain scans and other tests have proven that all parts of the human brain are always functioning, even during sleep. So how can a person use less than 10% of their brain when even during sleep their whole mind is active and working? Brain mapping has also been unable to demonstrate any brain area that does not serve a useful purpose.

A human brain has a very small weight in comparison to the whole body but it consumes a significant amount of oxygen and energy. What is the use of all this consumption if the brain is used for a mere 10% or less? Even common sense does not support why nature would make something that is not required. Further, if indeed so much of the brain were not in use, then all this unused part of the brain should degenerate. So why doesn’t the autopsy report ever show these degenerated masses?

The theory that a human brain is not used more than 10% and using it more with the help of a medicine increases human capabilities and functioning is false and has been busted by Mythbusters in their episode aired on October 27, 2010, when the hosts used magnetoencephalography and functional magnetic resonance imaging to scan the brain of a person attempting a complicated mental task, and found that well over 10% of the brain was used, concluding that in difficult tasks, a normal person can use more than 10% of their brain.

This episode of Mythbusters was aired in 2010, but the 2011 Limitless and 2014 Lucy still made a big success and bewitched many people. Some people claim that those who can use greater percentage of their brains can achieve psychic powers and other talents like telekinesis, teleportation and telepathy. No matter how much science and common sense disregard this phenomenon, it will retain its spark with the layman. I think people will believe what they want to believe, for the love of movies and the thrill of a good fiction continues.

What do you think?

About the author: Sehrish Khan is a House Officer at Civil Hospital, Karachi, Pakistan. She is interested in the field of Cardiology and is currently working as Senior Editor and Blogger for JPMS Blogs.