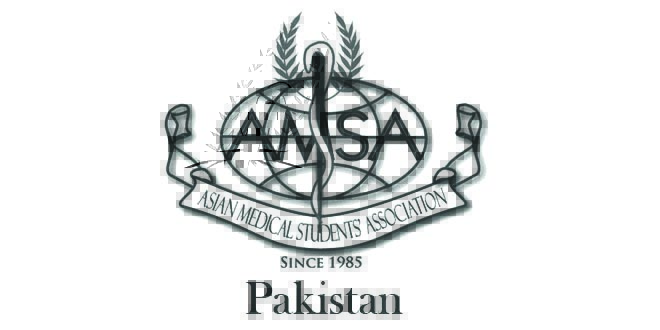 The Asian Medical Students Association Pakistan has won the AMSA Best Chapter Award for the first time in 30 years. For this accolade, Pakistan was competing with chapters from Indonesia, India, Sri Lanka, Ukraine, Mongolia, Nigeria and Cambodia.

The notable award was presented to Muhammad Salman Haider Qureshi (regional manager for Pakistan) by the chairperson of AMSA International, Marco Christian Michael, on July 11, 2015, during the conference at National University, Singapore. The national flag of Pakistan was hoisted in the main auditorium in front of hundreds of delegates from different countries. Qureshi is a final year medical student and an undergraduate researcher at the Peshawar Medical College.

Alongside this, Pakistan’s Bakhtawar Wajeeha was one of the six winners of AMSA’s international quiz, the winners of which would receive US$1000.

AMSA is an international, apolitical and non-profit medical students’ representative organization, having chapters in more than 24 countries from Asia, Asia-Pacific and even beyond. In recent tenure, AMSA Pakistan has been quite active and has managed to organize more than 30 events in a short period of just six months.

Mr Qureshi thanked Allah (SWT) for this highly esteemed award. He dedicated this award to the team of AMSA Pakistan, which helped him convert his dream into reality. He regarded this milestone to be the start of a glorious and prosperous future of Pakistan in AMSA. Keeping in mind the current situation of Pakistan, these achievements count a lot in highlighting the positive, growing and learning environment of Pakistan.