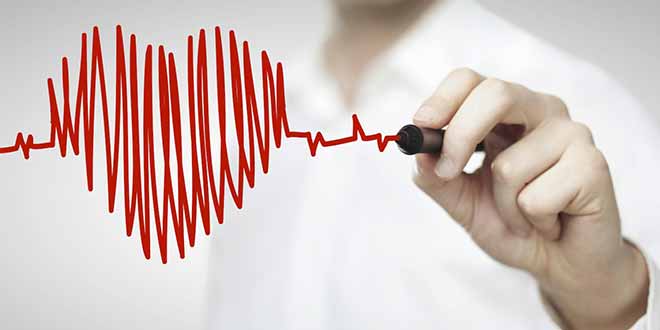 WHO Report: Increase of Heart Patients in Pakistan

According to a WHO report, Pakistan is facing a health crisis with rising rates in Cardiovascular diseases (CVD) and other non-communicable diseases (NCDs). CVDs are the number one cause of death globally: more people die annually from CVDs than from any other cause.

According to the report, ‘Capitalizing on the Demographic Transition: Tackling Non – Communicable Diseases in South Asia’, NCDs currently account for 59 percent of the total disease burden in Pakistan. An estimated 17.5 million people died from CVDs in 2012, representing 31 percent of all global deaths. Of these deaths, an estimated 7.4 million were due to coronary heart disease and 6.7 million were due to stroke.

Out of the 16 million deaths under the age of 70, due to non-communicable diseases, 82% are in low and middle income countries like Pakistan, of which 37% are caused by CVDs.

The report says that although the life expectancy in Pakistan has risen to 66, but the living conditions of the old is getting worse, with ill-nutrition, lower incomes and unavailability of good health care.

Therefore, the share of CVD in Pakistan is commonly expected to increase as the proportion of the people over the age of 65 increases owing to lack of proper health facilities relative to those in developed countries.

People with cardiovascular disease or who are at high cardiovascular risk (due to the presence of one or more risk factors such as hypertension, diabetes, hyperlipidemia or already established disease) need early detection and management using counseling and medicines, as appropriate.

As a policy suggestion, the experts call on Pakistan to develop and adopt a national NCD policy.

Most cardiovascular diseases can be prevented by addressing behavioral risk factors such as tobacco use, unhealthy diet and obesity, physical inactivity and harmful use of alcohol using population-wide strategies.

Therefore the report also suggests, strengthening tobacco rules and retooling the health work force for NCD prevention and control. Among other suggestions, they say Pakistan should create a national NCD surveillance system and develop evaluation capacity and other related systems.