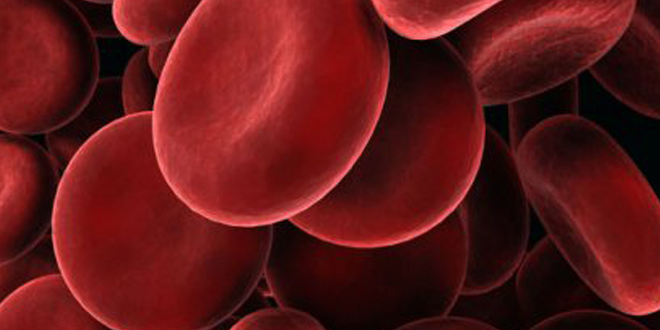 Haemophilia on the Rise in Pakistan

World Hemophilia Day will be observed today (April 17), throughout the world, including Pakistan. The state is currently facing a rise in Hemophilia cases and different bacteria associated to the disease and its treatment.

The day is organized by the World Federation of Hemophilia (WFH) to raise awareness about hemophilia and other bleeding disorders. This year’s theme is “Building a Family of Support.”

It was started in 1989 and is held annually. Its date, April 17, was chosen in honor of Frank Schnabel’s birthday, who established the WFH in 1963.

Hemophilia is a group of hereditary genetic disorders that impair the body’s ability to control blood clotting or coagulation, which is used to stop bleeding when a blood vessel is broken; the lack of protein in the body acts as a major cause of Hemophilia.

This genetic disorder, in Pakistan is currently treated by specific injections and providing Fresh Frozen Plasma, but the unavailability of these injections and the method of treatment in Pakistan is leading to an increase in Hepatitis A, Hepatitis B, H.I.V, Syphilis (a sexually transmitted disease) and the transmission of harmful bacteria.

In Pakistan, no statistics of any sort relating to the disease have been issued, by the government, but as per WFH, Hemophilia A is the most common form of the disorder, present in about 1 in 5,000-10,000 male births; whereas, Hemophilia B occurs in around 1 in about 20,000 34,000 male births.

75 percent of people in the world with bleeding disorders do not receive adequate treatment. The case is worst in Pakistan. Every year, there is a rise in Hemophilia in the country. According to the medical experts, the disease can be treated but the poor and scarce medical facilities in the country act as a barrier.

Other hurdles include the lack of awareness, illiteracy and poverty. Poor acceptability of disability and social taboos are additional influences which creates a gap of access to diagnosis and treatment of Hemophilia.

Many NPOs, NGOs, doctors and other individuals are working to eliminate the barriers and improve the treatment of Hemophilia in Pakistan. They educate hemophiliacs and lobbies for improved medical treatment. The HPWS and the National Institute of Blood Disorders (Karachi) are local partners of WFH and are working on different types of researche, including Hemophilia.