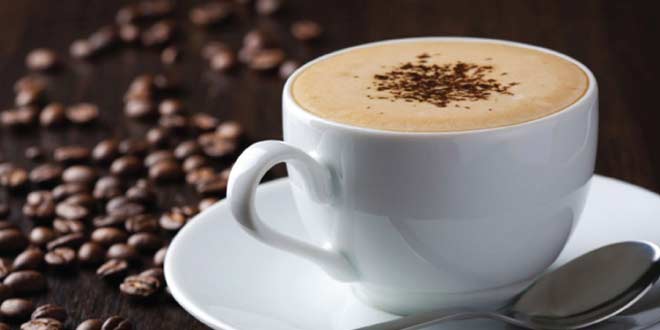 A new coffee diet claiming to help lose weight and improve IQ is gaining a major following in the United States and raising eyebrows among doctors skeptical of its benefits.

Dave Asprey, the founder and CEO of the “Bulletproof Diet,” pulls no punches when making claims for his radical health recipe, cup of coffee in hand.

“You become a better employee, better parent, better friend, better person,” said the former Silicon Valley entrepreneur now living in Canada. “My energy changes, my brain changes. I can pay attention, I can follow through.”

The cornerstone of Asprey’s diet is a drink called Bulletproof Coffee, a modified version of the caffeinated beverage which uses beans stripped of mycotoxins essentially mold that forms during the fermentation process.

Add to that butter from grass-fed cows and medium-chain triglycerides (MCT) oil.

The ingredients are blended together to produce a creamy, naturally sweet beverage a bit like a milkshake, taken at breakfast in lieu of a meal.

“So you drink a couple of these and all of a sudden you don’t care about food for a very long time,” said Asprey. “Your brain has energy that doesn’t come from sugar, you didn’t want sugar in your coffee and you lose the craving and you sort of have freedom.”

Asprey used to weigh 300 pounds, and spent much of his life battling to lose weight.

The coffee diet idea came to him during a trip to Tibet in 2004. He was weak with altitude sickness while traveling in the mountainous region until he drank yak butter tea.

Asprey was so impressed by the energetic effect of the drink that he tried to reproduce it at home.

After years of trying all kinds of ingredients and combinations, he unveiled a patented formula in 2009 through his blog and on social media, claiming the coffee and an associated health regimen helped him attain a “bodybuilder” physique.

Asprey’s diet is now one of the most popular in the United States, where a third of the population of some 320 million is obese.

And his modified coffee has become the first link in an empire that includes the New York Times bestselling book “The Bulletproof Diet.”

In addition to people looking to lose weight, it attracts athletes and supporters of “biohacking,” a movement that combines biology and food technology to improve physical and mental capacity.

“Me and my wife are in the fitness industry, so we are trying to do things that better our body,” said Justin Lovato, a burly personal trainer.

Past the hit of morning coffee, the method advocates a diet free of gluten and sugar that draws around half of its calories from “healthy fats” such as MCT oil, 20 per cent from protein — preferably grass-fed meat and dairy or wild caught seafood — and the rest from organic fruit and vegetables.

Other foods are classified as “bulletproof”, “suspect” or “kryptonite” according to how they fit into the diet’s categories and meals are taken on a set schedule.

A young athlete who gave his name as Ray said drinking the coffee every morning “increases your energy levels for sure.”

“You don’t feel sleepy anymore, you don’t have the crash I would say after 20 minutes. Its effects are longer” than any of the products he has tested before, Ray added.

Asprey also advocates brief bursts of high-intensity exercise, with a focus on allowing the body to recuperate with food and sleep.

Where are the nutrients?

Several celebrities have publicly lauded the benefits of the “miracle drink,” like actress Shailene Woodley — protagonist of “The Divergent Series” saga — and comedian Jimmy Fallon.

But experts have raised the alarm over the diet’s nutritional value.

The British Dietetic Association listed the “Bulletproof” method among its top 10 celebrity diets to avoid for 2016 — along with such questionable fads as the “all kale and chewing gum diet.”

“Un-bull-ieveable!” was its verdict. “Whilst the idea of minimizing alcohol and processed food is positive, the classification of foods is at odds with health recommendations and lacks evidence.”

“Initially, any diet that has you restrict large food groups does result in some weight loss,” she said.

She also said the diet’s popularity was understandable — whether or not it is rooted in actual health benefits.

“Coffee is a good source of antioxidants and it has caffeine. That would make any of us feel good,” said Schnabel, “whether it is black or loaded with cream.”

“If you expect to drink one cup of this and feel good, and have mental clarity, you probably will — just because of the placebo effect.”

But Schnabel also warned “the dangers of following this diet long term are possible nutrient deficiency.”

Doctors widely caution that the first meal of the day is the most important one and should contain cereal or bread (carbohydrates), eggs or yogurt (protein), fruit (fiber) and coffee or tea (stimulant).

Asprey’s emphasis on the removal of mycotoxins is also potentially misleading, since coffee producers now regularly use wet-processing, during which the beans are washed and the toxins eliminated.

He insists the benefits of his formula are proven.

And beyond the science, the commercial success of Bulletproof Coffee is undeniable.

The “Bulletproof” website does a brisk business in coffee and related health products — from engineered “healthy fats” to coffee “performance kits”, sleep-inducing mattresses, nightlights and “Zen” iPhone protectors that filter out blue light.

The future looks bright, too, after Asprey’s company received an injection of US$9 million from investors to expand its network of stores, the first of which opened in affluent Santa Monica, near Los Angeles, last year.