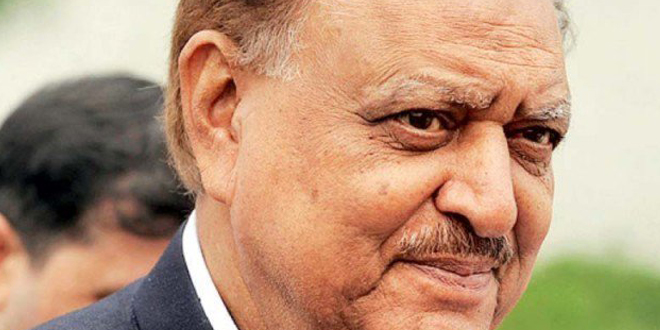 President Mamnoon Hussain has said that Pakistan is experiencing an uncommon demographic change, as fast populace development is a noteworthy issue facing the nation.

“Our better future relies on upon wellbeing, literate, sheltered and flourishing Pakistan where the privileges of each resident are completely secured under the law.”

The president said that Pakistan is world’s 6th most crowded nation including that the extensive populace gives both opportunities as well as challenges. He said this is a critical day as a national account on the issue of populace is being readied which has the support of the considerable number of territories including Azad Jammu and Kashmir, Gilgit Baltistan, all the political parties and religious scholars. This national plot, dubbed Vision 2025, will help in reducing the demographic issue by discarding the backward mentality, commented the president.

In accordance to Vision 2025, the progress of the pillar has the center of attention to achieving national prosperity. Hence, the president detected people to be the source of strength to the government’s current policies and reforms. Taking this in to notice, the primary emphasis should be on literacy and women’s empowerment. He added, the government wishes for the betterment of each citizen, and therefore by next year, a census would be taken for an estimate of the size of the population.

“I want that by 2020 we should make at least 50 advancements in this concern,” stated the president. An oversized nation is hard to manage and the resources to be equally distributed, remarked the president. Religious scholars can preach the importance of this matter in regards of Islamic teaching, he stressed. He also plans to create a team in addressing the issue of population, which will review this matter every six months.