Is ‘Walla’ The Middle Eastern Restaurant You’ve Been Waiting For?

We’d been wanting to go to Walla ever since we heard a comparison made with the famous chicken and rice found at The Halal Guys. That overflowing white sauce, perfectly spiced red chili sauce and the most tender pieces of meat. Ah, just thinking about it was enough for us to prep for our next review.

We called Walla at 11.45 a.m. just to confirm whether they would be open and serving at noon (like it says on their facebook page). They told us to come by 12.30, just to be on the safe side. So we did. We arrived to a just-opened, restaurant- with no fires lit and no hustle in the open kitchen. And also, nobody present at the counter. We yelled ‘helloooooo’ and ‘excuuuse meeee’ for a good five minutes before somebody showed up.

Never mind, we utilized our time well enough by taking lots of photos of the funky orange and black interior.

Here’s what we ordered:

“Hamein sub kuch chahiye” was our order- to which we got a slightly amused look. With a resigned sigh, we accepted that the two of us could only eat so much so this is what we decided:

Here’s what we thought: 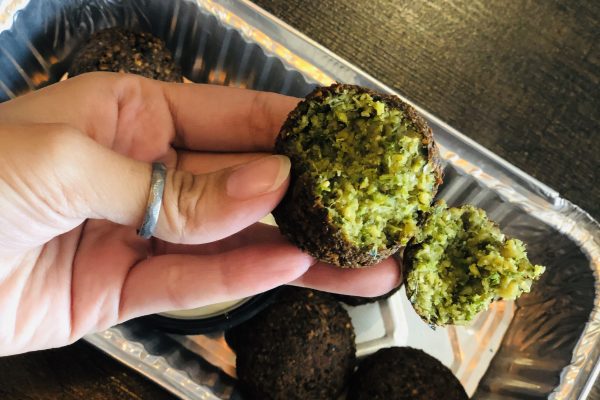 Nisma wasn’t particularly happy that we chose falafels over Hummus. However, I maintain that hummus isn’t that difficult to get right- it’s almost always delicious unless you royally **** it up. Falafel, on the other hand, is slightly more technical so if you get it right- you’re pretty awesome. One serving came with a generous 6 falafels and a decent amount of tahini. But, in vain- the first bite was enough to predict that we’re not finishing the dish. The falafels were super dense and dry. Ideally, the crisp exterior should give way to a soft and fluffy interior (find me the perfect falafel, people). 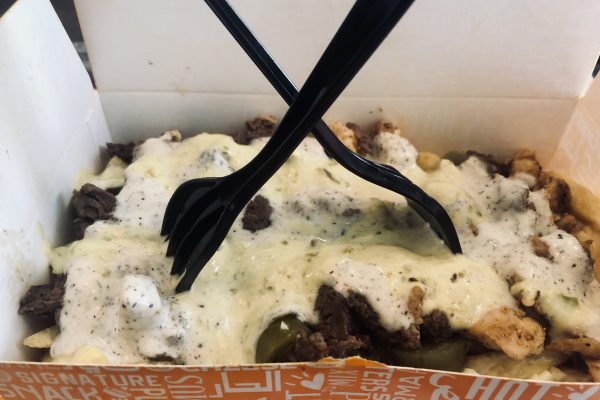 The snack packs are essentially loaded fries. We opted for the mean green- protein, jalapenos, white sauce and jalapeno sauce. Our snack pack had both the chicken and beef. Guys, guys, guys, this is what you go to Walla for. The sauces were delicious, the serving was generous and the meat was beautiful. The beef, that is- the chicken was fine, for lack of a better word. However, the base of fries was not hot. It may be because we did photograph our food before digging in BUT I highly doubt it- our falafel was still piping hot whereas the fries were tepid at best. 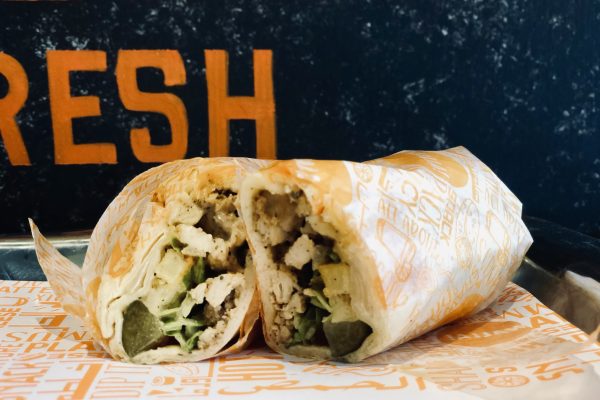 The pita was soft and airy- it did not break apart, it was not crumbly and it was not soggy. So yay, a win for the pita.

The chicken was good.

The sauce is plentiful, and with the first bite you would let out a short-lived ‘mmmm…’ but that’s followed by a strong hit of black pepper that overwhelms your taste – buds.

But would you like to know what was most disappointing? The pickle! The pickle wasn’t pickled as a pickle should be pickled. No sourness, no tang, no bite. Oh, the disappointment. 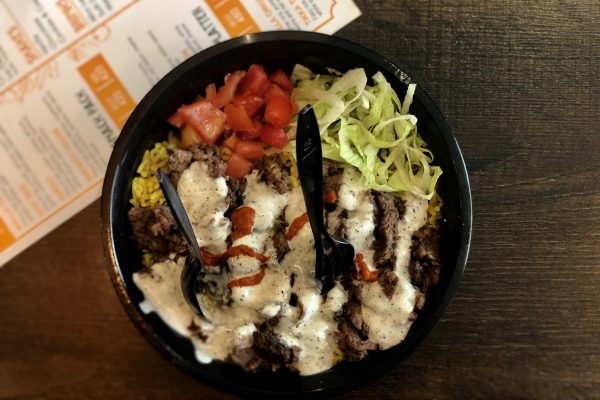 One thing that really stood out in our meal was the tenderness of the beef.  No complaints regarding the meat front throughout our meal. It was flavorful, and almost melt-in-your-mouth, the one quality that was perhaps a saving grace for Walla. However, the rest of the elements were lacking. The serving size wasn’t as generous as we were expecting it to be. The rice- oh the rice- were, using the words of my colleague, ‘basically, tahiri’. The sauce, as mentioned earlier, could do with a slight modification with the amount of black pepper. Would I order this again? Not until they change their rice. 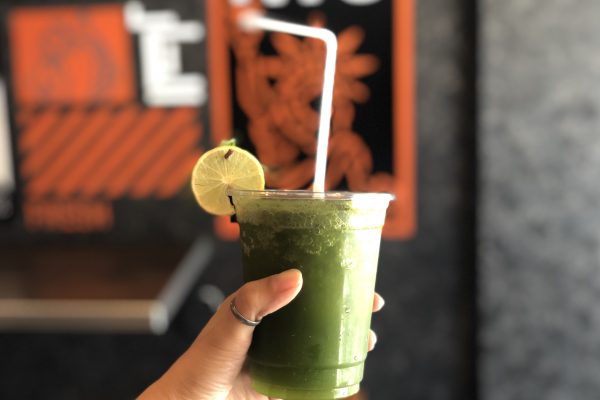 Super refreshing, perfect for the heat, couldn’t get enough of it. Loved the mint lemonade here.

Read: 5 healthy drinks that will have you pumped up in the summer 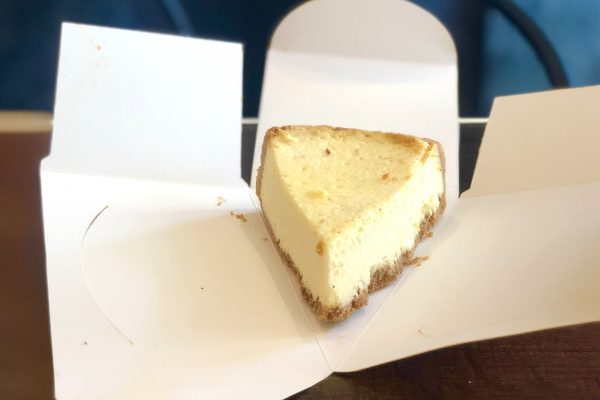 We asked if they make the cheesecake in house, and they don’t. Just FYI. Texture wise, this cheesecake is dense. I’m the sort of person who actually prefers to have a slightly dense, full of cream cheese flavor, cheesecake. But, this was too dense even for me. Our in house cheesecake lover, aka Nisma, did however, manage to wipe the plate clean so, there’s that. 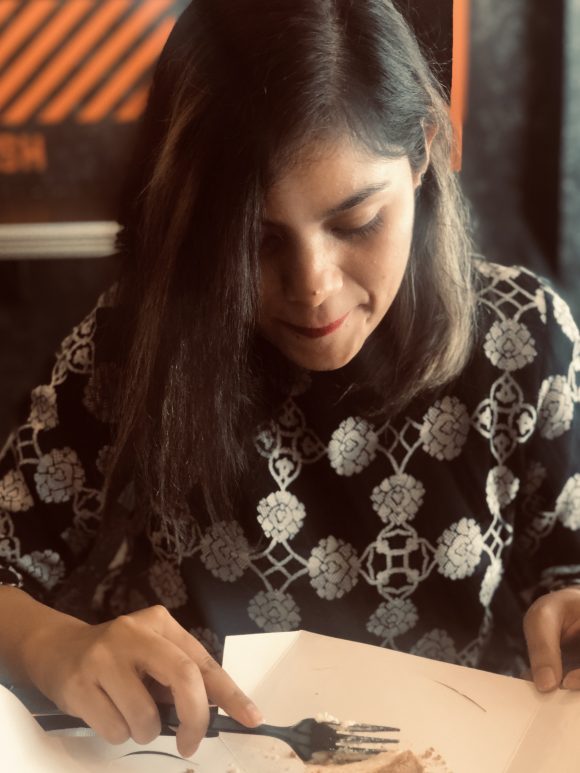 Is Walla worth a visit?

Our total bill for 2 was PKR 1980 and considering we managed to stuff ourselves and still have food leftover, it’s a pretty fair amount. So in terms of pricing, we’re quite satisfied.

Did we love the food? Not entirely. However, that meat will have us coming back for more-and the glorious mean green snack pack. With a reminder that fries need to be hot.

Bottom line is that it’s worth a try without the expectations of ‘the halal guys’ standard.