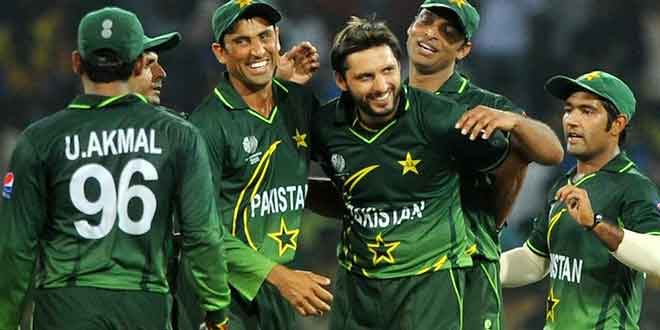 It’s 2015 and Cricket World Cup fever is upon us. Australia and New Zealand host this edition of the World Cup and 16 global teams have been selected to represent at this prestigious event, all of which have been divided into two pools of 8 teams. It is the supreme blend of talent with experience. Carrying the hopes of millions, the youth and experienced personnel work their hearts out for their homeland. Cricket and Pakistan, the winners in 92’, will try to make it their second World Cup triumph this year.

Pakistan has always had a “love affair” with cricket since its inception. Legends like Hanif Muhammad, Abdul Qadir, Javed Miandad, Inzamam-ul-Haq, Muhammad Yousuf, Wasim Akram have all played for Pakistan. Enthusiasm will always be at its utmost. People arrange gatherings at their places for matches. Families unite behind our team and friends who may not have spoken for months are now wearing matching green jerseys and staring at the screen. Screenings at different resorts, sports bars, and cafés are booked in advance. Vibrant expressions with happy and glowing faces can be seen everywhere. Even the people who can’t afford to go to a lavish hotel or restaurant arrange some sort of get together and enjoy the event. With a cup of tea, green tea or any other beverage, they listen to the radio broadcasting the game.

Whatever the outcome of the game is, may it be a triumph or defeat, Pakistani people will always love and support.

This year’s event started off with two defeats. India defeated Pakistan in the first encounter, whilst a lost to West Indies followed. Against Zimbabwe, the story was different. The Green Shirts celebrated their first win of the World Cup. The opening batsmen collapsed yet again. Both of the opening batsmen went back to the pavilion too early. Captain Misbah-ul-Haq scored a commanding innings and led from the front, scoring 73 runs. Umar Akmal and Haris Sohail contributed to the score as well. Wahab Riaz was instrumental by scoring an outstanding 54 runs. Pakistan finished their 50 overs with 235 with the loss of 7 wickets. Chatara was the pick of the Zimbabwe bowlers with the figures of 3 for 35. Zimbabwe openers were mostly dumb-founded as Mohammed Irfan got some good bounce of the Gabba wicket. Muhammad Irfan grabbed 4 wickets for 30 runs. Wahab Riaz, after his batting display, showed his heroics in the bowling department as well. Taking 4 wickets for 45 runs. Brendan Taylor was the top scorer scoring a half century. Zimbabwe in the end fell short of 20 runs.

Both the defeats left Pakistan and its supporters crestfallen. But with this win, Pakistani people see a glimpse of hope. A silver lining. A rough start. But this win might just kick-start Pakistan’s World Cup campaign.

Pakistan meets United Arab Emirates in their next fixture. Apart from this, they have to face the inform South Africa, under the leadership of the evergreen AB De Villiers. Ireland might also prove to be tough competition.