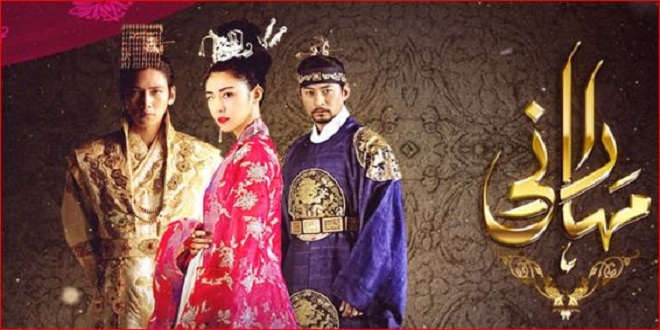 Watch ‘ Mahrani ‘, the mesmerizing and visually-stunning drama on Pakistan’s one of the best TV channels HTV. Get your entertainment dose here!

Mera Sultan and Mor Mahal fans looking for some exotic palace intrigue can watch Maharani on H entertainment . A bit of fact mixed with fiction, this a visually-stunning, dubbed version of the award-winning Korean drama serial Ki Hwanghoo (2013) or Empress Ki translated into many languages for international broadcast. With beautiful songs, dances, colourful costumes, opulent sets, an intriguing variety of characters including undying villains and a love-triangle; this timeless story is about a young woman who defies the class system of that era and her arduous journey to become an empress of the Yuan dynasty, leaving behind her first love with a broken heart.

The love triangle between the Emperor of the Yuan Dynasty, King Wang Yu of Goryeo and the young girl is heart-wrenching and encounters many different unexpected and unforeseen bumps, each of which is sure to leave you more intrigued than before. The time it is set in builds the fantastical element, while still leaving a feel of the realistic to the drama, making it a hit with many. While this drama is an emotional rollercoaster, it has those sweet and heartful moments that are completely essential for a drama to be successful. The perfect blend of emotions, beautiful settings, as well as the gorgeous clothes of that specific era has made ‘Mahrani’ a hit with its audiences.

What is HTV Stands For ?