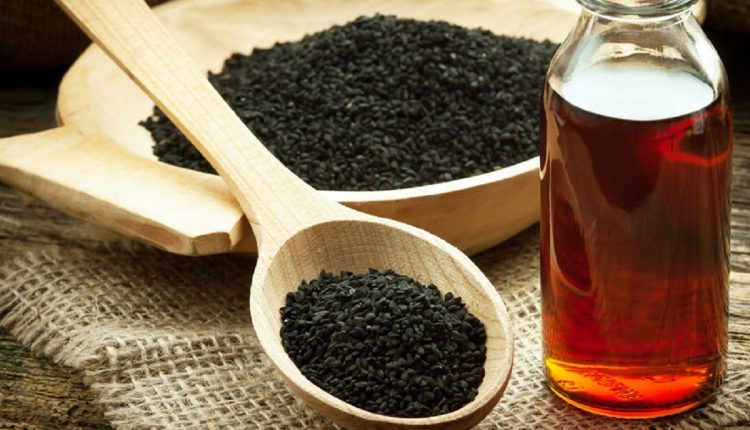 The Remedy of Everything But Death

“Use Kalonji regularly, because it is a cure for every disease, except death.”

These words of the Prophet, as narrated by Abu Hurayrah (may Allah be pleased with him) and preserved by Imam Muhammad al-Bukhari & Muslim ibn al-Hajjaj clearly indicate that Nigella sativa (Kalonji), commonly referred to as the black seed (Kalonji) can actually be called ‘one remedy for everything’.

Muslims have been using the black seed since the time of the prophet’s life. Islam’s expansion East and West allowed the herb become profound throughout the world. The seed got its unique recognition as the ‘medicine of the prophet’ (Tib-e-Nabvi). As a matter of fact, most herbal remedies and medications have high intake of the prophet’s teachings.

Prior to Tib – e – Nabvi, the black seed was not a top used herb and its importance was only known by a few, like Hippocrates, Galen or the 1st century, greek physician, Dioscoredes. They too, considered it as a remedy for general health issues like toothaches, headaches or mainly as a dietary supplement.

Present day medical researchers have shown that black seed is superior to almost any other natural remedy with the widest range of healing capabilities and is among the best natural remedy – with a plus of no known side effect under administrated normal dosage.

Black Seed has been proven effective and is used by medical practitioners for cure of: But the story does not end here. Science has proven the words of the prophet, starting with the researches in the mid 20th century. Nigella sativa, Kalonji or the black seed, whatever we may call it has be proven to be: Some Researches On Black Seed or Kalonji

Another research on AIDS showed that black Seed improved the ratio between T – cells by 55% and enhanced the natural killer cell activity by 30%.

A research conducted by scientists Badr-El-Din and Mahfouz showed that a specific component, ‘Nigellone’, derived from black seed’s oil suppressed the symptoms of allergy and Bronchial Asthma. When the study was actually administrated onto patients, an effective result was seen, but the response of the black seed oil component showed a delayed reaction.

Further research by Nirmal Chakravarty, M.D., in 1993, showed that the reaction was held back due to Histamine. It is a chemical released by human body tissues and can cause reactions like allergy; it is also associated with Bronchial Asthma. These results enabled a new way of fighting allergic diseases by taking crystalline Nigellone.

Black Seed is a powerful anti-tumor fighting force. A research on Black seed as an anti – tumor agent at the Amala Research Center proved that black seed does not just fight Cancer but also slows and helps fight tumor formation.

Homeopaths, for a long time, have been using the black seed to fight bacterial diseases. They had been using it for digestive and bowel complaints; it is used in helping ease vomiting, diarrhea, stomach cramps and effects of excessive laxative consumption.

As per a research conducted by the University of Dhaka in 1992, black seed’s antibacterial activity was compared to antibiotics such as Ampicillin, Cotrimoxazole, Gentamicin, Tetracycline and Nalidixic Acid. The prophetic herb proved to be more effective against majority of the bacteria including V. Cholera, E. Coli, a common bacteria found in undercooked meat.

Multiple researches have proved black seed as a component that promotes lactation. A study conducted in 1979 by Agarwhal and by University of Potchefstroom in 1989 revealed that black seed and its oil increases milk output in breastfeeding women.

To sum up, I would end at the point where I start,

“Use this Black Seed regularly, because it is a cure for every disease, except death.”