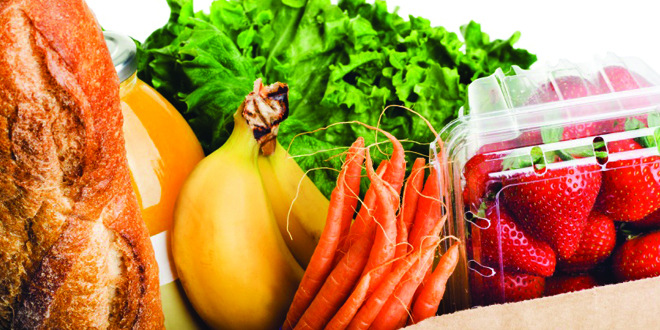 Almost one third (30 per cent) of all deaths from food-borne diseases are in children under the age of five years, despite the fact that they make up only nine per cent of the global population, according to a report of the World Health Organization (WHO).

The report estimated the burden of food-borne diseases caused by 31 agents – bacteria, viruses, parasites, toxins and chemicals – stated that each year as many as 600 million, or almost one in 10 people in the world, fell ill after consuming contaminated food. Of these, 420,000 people die, including 125,000 children under the age of five years.

“Until now, estimates of food-borne diseases were vague and imprecise. This concealed the true human costs of contaminated food. This report sets the record straight,” said WHO Director-General Dr Margaret Chan. “Knowing which food-borne pathogens are causing the biggest problems in which parts of the world can generate targeted action by the public, governments and the food industry, the doctor added.

While the burden of food-borne diseases is a public health concern globally, the WHO African and South-East Asia regions have the highest incidence and highest death rates, including among children under the age of five years. “These estimates are the result of a decade of work, including input from more than 100 experts from around the world. They are conservative and more needs to be done to improve the availability of data on the burden of food-borne diseases,” the report added.

“But based on what we know now, it is apparent that the global burden of food-borne diseases is considerable, affecting people all over the world – particularly children under five years of age and people in low-income areas,” said WHO Department of Food Safety and Zoonoses Director Dr Kazuaki Miyagishima.

Other major contributors to the global burden of food-borne diseases are typhoid fever, hepatitis A, taenia solium (a tapeworm), and aflatoxin (produced by mould on grain that is stored inappropriately). Certain diseases, such as those caused by non-typhoidal salmonella, are a public health concern across all regions of the world, in high and low-income countries alike, he added. Other diseases, such as typhoid fever, food-borne cholera, and those caused by pathogenic are much more common in low-income countries, while campylobacter is an important pathogen in high-income countries, he maintained.

The risk of food-borne diseases is most severe in low and middle-income countries, linked to preparing food with unsafe water; poor hygiene and inadequate conditions in food production and storage – lower levels of literacy and education, and insufficient food safety legislation or implementation of such legislation.

The director said that food-borne diseases can cause short-term symptoms, such as nausea, vomiting and diarrhea (commonly referred to as food poisoning), but can also cause longer-term illnesses, such as cancer, kidney or liver failure, brain and neural disorders. These diseases may be more serious in children, pregnant women, and those who are older or have a weakened immune system, he added. Children who survive some of the more serious food-borne diseases might suffer from delayed physical and mental development, impacting their quality of life permanently, the report added.

Food safety is a shared responsibility, said WHO. The report’s findings underscored the global threat posed by food-borne diseases and reinforce the need for governments, the food industry and individuals to do more to make food safe and prevent food-borne diseases. It said that there remains a significant need for education and training on the prevention of food-borne diseases among food producers, suppliers, handlers and the general public. WHO is working closely with national governments to help set and implement food safety strategies and policies that will in turn have a positive impact on the safety of food in the global market, it added.

The Remedy of Everything But Death