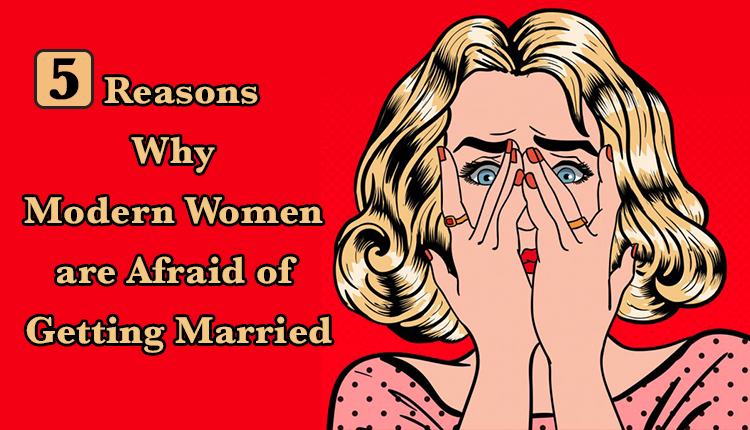 Gone are the days when getting married used to be one of the biggest concerns for Pakistani women as soon as they reached their early 20s. But now many young Pakistani women prefer to postpone this process as much as possible.

Apart from reasons like financial freedom, liberal society, etc., which have shaped the mindset, many other reasons related to marriage make them rather worried. We have collected 5 reasons why modern women are afraid of getting married.

Fear of loss of independence

Women think that being single/unmarried is better than marrying because there’s a certain level of loss of independence. Whether it’s about the children or handling the house.

Marriage often comes as an end to their careers

Most women today are working hard to build a career and marriage often means an end to their career, which is one of the reasons women refrain from getting married.

Fear/Pressure of having a baby

As soon as women get married, there is the pressure of having a baby, by their relatives or family members. And to be honest, becoming a mother should be a woman’s choice. This is one of the reasons why most women feel like not marrying

Most women are afraid that their marriages might not work out or that they will not be happy in their marriage. This fear further becomes the phobia of commitment, and hence the fear of divorce is always there.