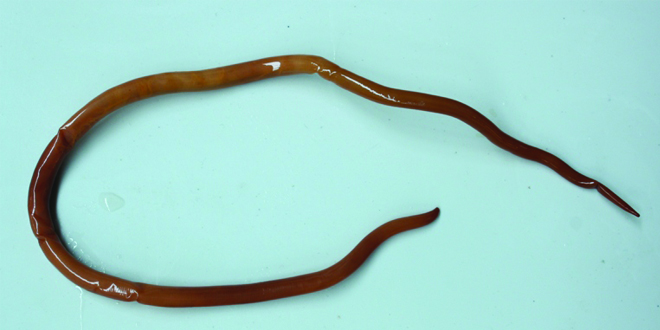 A study recently published in Science, one of the world’s leading research journals, states that infection with the roundworm known as Ascaris lumbricoides has the potential to enhance fertility in women.

However, whereas roundworm infections may be beneficial for reproductive life-span, hookworm infections will decrease it. This is an especially intriguing find which sheds new light on the human-parasite relationship overall. Some details of the study are discussed further and its possible impacts on third-world nations where these infections are prevalent are discussed below.

The study was conducted over a 9-year period by obtaining longitudinal data of just under a 1000 women in Bolivia. Nearly all of these women had worm infections. What was intriguing to note in the study, however, is that while the women had an average of 10 children during their life-spans, Ascaris infected women had an average of 12 whereas hookworm infected women decreased it to seven. Scientists attribute these finds to the balance between the immunological responses to the helminths which induce reproductive changes in women.

So how does any of this affect us Pakistanis? Studies conducted in Pakistan show that Ascaris lumbricoides is the most prevalent worm in our country. Children are especially in danger of infestation. Higher incidences of roundworm infections are found in rural areas of Pakistan.

The picture is easy to paint from here on. As of 2014, Pakistan’s annual population growth stands at 1.49%. We are currently the world’s sixth most populous country. What is even more evident is that the highest reproductive rate lies in rural areas of the country, where, coincidentally Ascaris infections are extremely common.

Several factors have been previously noted to affect the increasing birth rate in rural areas. These include lack of education, desire to have a large progeny, early marriages and lesser use of contraceptives. Now, as this study shows, there might be another very important factor at play. Could this roundworm be a silent yet potent reason for our population burden?

Further studies need to be carried out to explore this theory. Overall, studies show that third world countries with a high rural population do indeed have a greater prevalence of worm infestations. One thing is for certain; we as a country need to pay more attention to our rural areas and the people that live there. Research and education are the only way we can overcome our overpopulation crisis.

About the author: Faraz Mahmood Ayyaz is a medical student at Lahore Medical and Dental College, Pakistan. He is a contributor to JPMS Blogs and likes to write about what he thinks is important.

Cut With Caution: The Truth Behind Episiotomies