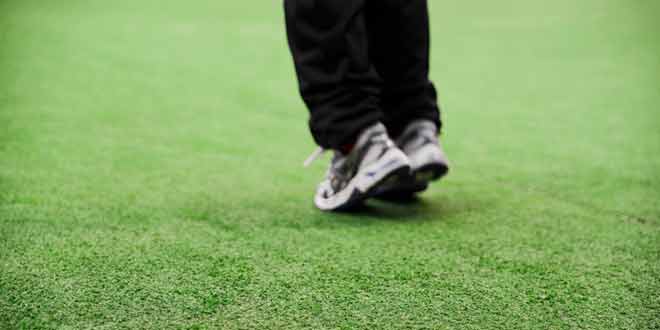 ACCORDING to a recent British study, a daily routine of hopping for two minutes can help reinforce hip bones in the elderly and help avoid risks of fractures in case of falls.

Osteoporosis is characterised by a reduction in bone mass and a loss of bone resistance (speaking in terms of bone mineral density) that predisposes victims of the disease to fractures, particularly in the hips of individuals aged over 65.

Researchers at the National Centre for Sport and Exercise Medicine (NCSEM) of Loughborough University in the United Kingdom conducted a study on 34 men aged between 65 and 80 years old, who were assigned a series of exercises on one leg consistent with hopping for two minutes every day.

Dr Sarah Allison, who conducted the research, emphasised that: “We know exercise can improve bone strength and so we wanted to test a form of exercise that is both easy and quick for people to achieve in their homes.”

Hopping was preferred over jumping in order to allow a more accurate comparison of the benefits on one leg over another.

CT scans were used to measure hip-bone density as well as that of the spine and the femur bone.

In order to avoid skewing the results, the study subjects were asked to maintain the same food diet and daily habits.

The results indicate that after one year, the exercised leg showed a higher bone density than that of the control leg. The researchers found an increase of up to 7% of bone mass on the peripheral layer of the bone (the bone cortex). An increase was also noted on the tissue that forms the porous part of the bone. The progress in bone density was significant in the parts of the bone most susceptible to fractures.

Bone naturally flakes with age. The study demonstrates that regular exercise can help counteract the effects of bone aging. It could significantly contribute to the progress in the care and prevention of osteoporosis in the elderly.

Dr Katherine Brooke-Wavell, lead researcher at Loughborough University, nevertheless urges caution: “Our volunteers were screened, and built up the exercises gradually. It is important to exercise carefully, as falling could cause a fracture in someone with weak bones.”