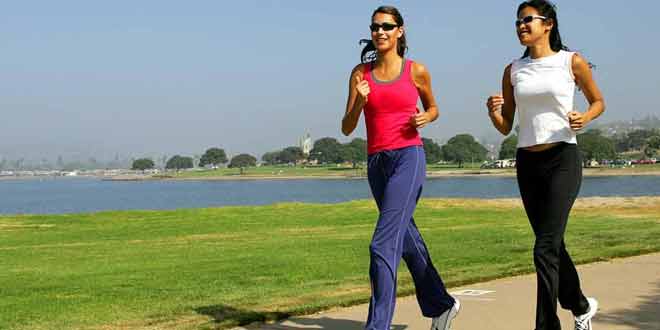 New findings suggest that exercise that prioritizes having fun with friends, rather than competition, could be the key to motivating teenagers to get active.

To conduct the research, a team from the University of Notre Dame, Australia, surveyed 1,582 14-year-olds to find out more about their opinions on physical activity. Participants were all taken from the Western Australian Pregnancy Cohort (Raine) Study, one of the largest studies of pregnancy, childhood and adolescence in the world.

The results of the survey found that the most important factors for teens when taking part in physical activity were the opportunity to have fun, to spend time with friends and to feel good about themselves.

Competition, or the opportunity to win something, was the least important factor in their decision to participate in physical activity, with even less emphasis placed on competition by girls than boys.

The survey also questioned the teens about what they thought were the likely outcomes of being physically active over the next year, with many associating exercise with positive outcomes such as being fit and healthy, and feeling good about themselves.

However, teenagers with poor motor skills were less likely to associate physical exercise with these benefits. Instead they were more likely to report that there would be a negative outcome, and that others would make fun of them if they participated in exercise.

Commenting on this finding, exercise scientist Professor Beth Hands, one of the authors of the study, advised that identifying teens with low motor skills is particular important as they are less likely to exercise than other teens. And between the sexes, girls are even less likely than boys to exercise once they hit their teenage years.

The team is hoping that the findings could be used to encourage teenagers to do more sports and exercise, with Professor Hands advising against telling teenagers they need to exercise to win or compete, adding “This puts a lot of pressure and anxiety on them as they don’t see that as a motivator or as really important as to why they should be engaged in physical activity.

We know that if you’ve got friends to join and do stuff with, you’re more likely to do that,” she adds.

Results from the study can be found in the journal Child: Care, Health and Development.