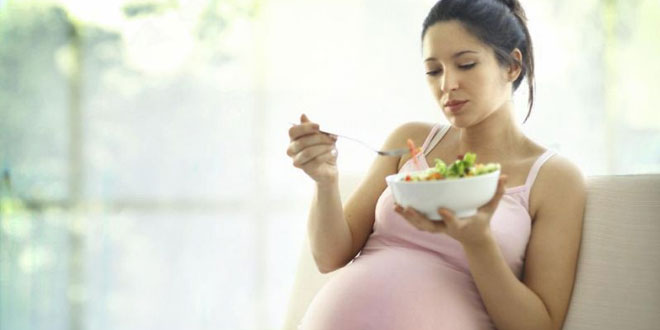 A NEW large-scale study has shown that excess weight gain or high blood sugar levels during pregnancy increases the child’s risk of being overweight or obese, even in normal-weight babies.

Previous studies have already shown that excess weight gain and high blood sugar during pregnancy increase the likelihood of a heavy birthweight baby who is then more likely to become obese as a child. However until this new study, by the Kaiser Permanente Center for Health Research, there was little research into the effects that these risk factors could also have on normal birth weight babies, who are born at weights between 5.5 to 8.8 pounds (2.5kg to 4kg).

The study, which looked at a diverse population of 24,141 mothers and their children, is also the largest to date on the subject.

After looking at the mothers during pregnancy and following the children from age 2 to 10, the team found that children of mothers who gained 40 pounds (about 18kg) were 15% more likely to be overweight or obese in the first ten years of life compared to children whose mothers gained less than 40 pounds, the maximum pregnancy weight gain recommended by The Institute of Medicine.

Commenting on the results lead author Teresa Hillier explained, “When women have elevated blood sugar and gain excess weight during pregnancy, it seems to change the baby’s metabolism to ‘imprint’ the baby for childhood obesity. We’re not sure yet of the exact mechanism of this change, but it appears the baby is adapting to an overfed environment, whether from glucose or extra weight.”

The team now believe that future research should focus on how to prevent weight gain during pregnancy in an effort to combat childhood obesity.

“We can’t wait until the baby is born to determine and address the impact on childhood obesity,” said Dr. Hillier, “We need to intervene during the mom’s pregnancy to help her with nutritional and lifestyle changes that will result in healthy weight gain, healthy blood sugar and ultimately, healthy children.”

The results were published in the Maternal and Child Health Journal.

Keep These Things in Mind Before You Plan a Pregnancy

5 Herbs and Spices to Boost Fertility