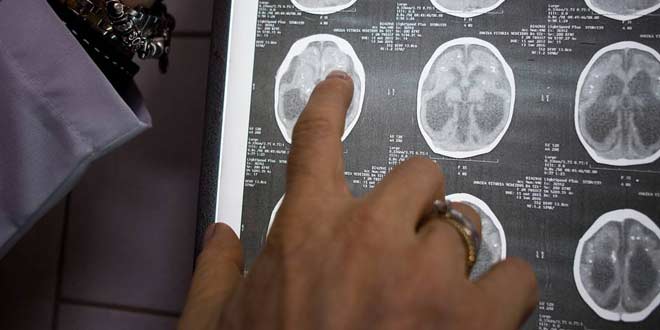 Evidence piled up implicating the Zika virus in a surge of brain damaged babies in Latin America, with two reports of the disease found in the neural tissue of affected infants.

Scientists in Slovenia reported in the New England Journal of Medicine they had found traces of Zika virus in the brain of an aborted foetus with severe microcephaly, a condition that causes unusually small skulls and brains, leading to death or disability.

The infant’s mother, from Europe, had likely been infected with Zika in Brazil, which has borne the brunt of the virus outbreak and simultaneous microcephaly surge in Latin America and the Caribbean, they wrote.

The work “is proof of the fatal effects of Zika virus on the foetus,” the Ljubljana medical hospital, whose researchers did the work, said in a statement.

This was highlighted by the “presence of the virus in the brain tissue, and the absence of any other cause” of the child’s malformation, it added.

No scientific proof has been found that Zika causes microcephaly, though the UN’s World Health Organization (WHO) has said a link is “strongly suspected” and has declared Zika a “public health emergency of international concern.”

There is no cure or vaccine for the virus which, in most people, causes mild symptoms.

Even the detection of the virus in baby brain tissue does not constitute final proof that Zika in fact caused the microcephaly, and experts fear that finding conclusive evidence either way, could take years.

A separate team led by researchers from the US Centers for Disease Control and Prevention reported on tests on two newborns with microcephaly who died within 20 hours after birth, and two miscarriages.

All four mothers had symptoms of Zika infection, but were not tested for it. Both newborns had evidence of Zika virus in the brain.

“This report describes evidence of link between Zika virus infection and microcephaly…” wrote the team.

“To better understand the pathogenesis of Zika virus infection and associated congenital anomalies and fetal death, it is necessary to evaluate autopsy and placental tissues from additional cases.”