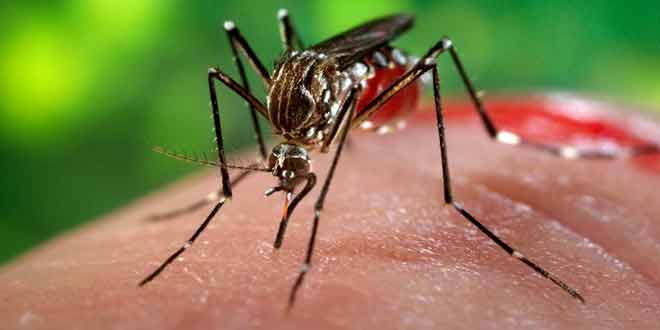 The Zika virus, already linked to brain damage in babies, can also cause a serious brain infection in adult victims, French researchers warned.

The Zika virus was found in the spinal fluid of an 81-year-old man who was admitted in January to a hospital near Paris shortly after returning from a month-long cruise.

The man — semi-comatose, with a high fever and partial paralysis — was diagnosed with meningoencephalitis, an inflammation of the brain and its membrane, the team wrote in New England Journal of Medicine.

“It is the first case of its kind to be reported, to our knowledge,” Guillaume Carteaux, co-author of the paper and specialist at the hospital which treated him, told AFP.

The mere presence of the virus does not prove it is what caused the disease.

But Carteaux said that “other infectious causes, either viral or bacterial, have been ruled out” in this case.

The patient, who was reported to have been in good health during his cruise around New Caledonia, Vanuato, the Solomon Islands and New Zealand, has since partially recovered.

“Clinicians should be aware that (Zika virus) may be associated with meningoencephalitis,” the team wrote.

On Wednesday, a different French team linked the virus sweeping Latin America and the Caribbean to paralysis-causing myelitis.

They reported that a 15-year-old girl diagnosed on the French Caribbean island of Guadeloupe with acute myelitis in January had high levels of Zika in her cerebrospinal fluid, blood and urine.

Myelitis is an inflammation of the spinal cord. It can affect limb movement and cause paralysis by interrupting communication between the spinal cord and the rest of the body.

Its quick spread has caused alarm due to an observed association with microcephaly, which deforms the brains of unborn babies, and Guillain-Barre, a rare condition in which the body’s immune system attacks a part of the nervous system that controls muscle strength.

Brazil has been hardest hit by the Zika outbreak, with some 1.5 million people infected and 745 confirmed cases of microcephaly in children born to women infected with the virus while pregnant.

According to the World Health Organization, 41 countries or territories have reported transmission of Zika within their borders since last year, and nine have reported an increase in Guillain-Barre cases.

A rise in microcephaly and other baby malformations has so far “only been reported in Brazil and French Polynesia”, according to the WHO.

There is no vaccine or treatment for Zika.

The WHO is next week set to convene a meeting of the world’s top experts on vector control to determine if a range of radical new methods could also be safely and efficiently used against the Aedes aegypti mosquitos carrying Zika.

Such methods could, according to experts, include releasing genetically modified mosquitos, releasing large numbers of sterilised male mosquitos to halt reproduction, or infecting mosquitos with a bacteria that prevents their eggs from hatching and reduces their ability to transmit the virus.

The WHO on Tuesday advised pregnant women not to travel to areas affected by the Zika outbreak.