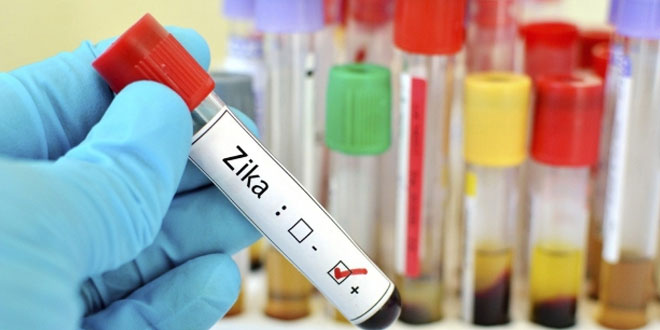 Researchers at Harvard University have devised a test to quickly and cheaply detect the Zika virus in blood or saliva, offering a much-needed method for remote testing, a study said.

Public health experts have warned that the lack of standardized diagnostic tests for Zika, which can cause birth defects, presents a major problem for efforts to understand and prevent the disease.

The new test can detect viruses “at significantly lower concentrations than previously possible,” said the study by scientists at Harvard’s Wyss Institute for Biologically Inspired Engineering.

The proof-of-concept demonstration showed the tool could work in monkeys, and would cost less than a dollar per patient, according to the findings published in the journal Cell.

The tool shows its results “through a simple ‘colour-change’ assay, which an untrained eye can easily use to evaluate whether Zika is present or not in a biological sample,” according to the report.

The CDC has already approved two tests for diagnosing Zika, known as the Zika MAC-ELISA and Trioplex Real-Time RT-PCR Assay.

However, the tests are complicated and sometimes confuse Zika with similar viruses such as West Nile or dengue.

The new test could be available in the next several months, and would “improve upon key limitations of currently available options for Zika detection, such as potential cross-reactivity with closely-related viruses and a lack of specialised skills or equipment to screen for the virus outside of large urban areas,” said the report.

Meanwhile, another study unveiled details about how the mosquito-borne Zika virus attacks the brain, killing and shrinking cells and resulting in babies born with unusually small heads, a condition known as microcephaly.

Published in the journal Cell Stem Cell, the research was led by scientists at the University of San Diego School of Medicine.

They found that Zika activates an immune receptor — called TLR3 — in the brain.

“We all have an innate immune system that evolved specifically to fight off viruses, but here the virus turns that very same defence mechanism against us,” said senior author Tariq Rana, professor of pediatrics at UC San Diego School of Medicine.

“By activating TLR3, the Zika virus blocks genes that tell stem cells to develop into the various parts of the brain,” added Rana.

“The good news is that we have TLR3 inhibitors that can stop this from happening.”

More research is needed to find out how this approach could be used, and whether it could prevent brain damage in infected fetuses.