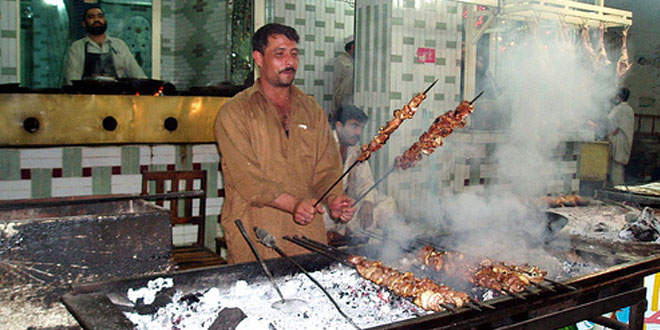 Crackdown on restaurants in Peshawar

Peshawar district administration have decided to initiate standard operating procedures (SOPs) for restaurants and selling food in the city.

Due to many food establishments in the city failing to uphold health and safety standards, the district administration will set SOPs for restaurants to follow and maintain a healthy and hygienic environment.

This decision has come after a series of crackdowns on many establishments over a few months. These eateries had been found to have violated many health and safety codes. Citizens have been pleased with the DC’s efforts to curb unhealthy eateries. The plan also includes stopping profiteers, fake doctors and hotels.

Mr Warraich said this all began through complaints from many customers, especially through social media. Information was initially provided to food inspectors, and then people started going directly to the district administration. He said that the more raids they conducted, the more complaints they received, and all information had turned out to be true – no false accusations.

Their process is simple but takes several days. Health and food inspectors accompany them to the restaurants; they collect samples and seize items of food for lab tests. If the lab tests confirm contamination, they seal the restaurant or hotel and put a penalty on them.

The provincial government has given them the freedom to do any kind of raid without any permission involved. Officials who have given false clearance certificates to businesses will also be checked. Stores are also being checked for expired food products.

To Go Or Not To Go: Restaurants For Valentine’s Day Dinner

Is your kitchen giving your kids food poisoning?