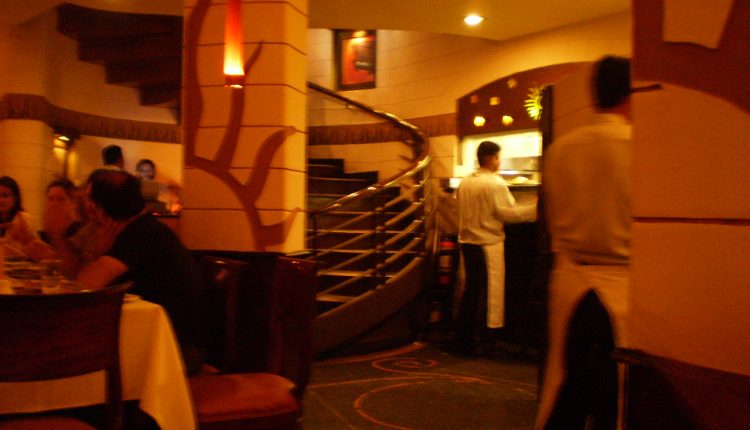 When was the last time you got sick after eating out? We’re pretty sure not too far ago and the recent food poisoning case that occurred at Arizona Grill is a stark reminder of why you need to be extremely careful and wary of where and what you eat out. First, let’s look into what really happened and what maybe the reasons of this mishap.

Two minors died of food poisoning yesterday afternoon while their mother was under treatment at a local hospital in Karachi according to concerned authorities. The deceased children were identified as one-and-a-half-year-old Ahmed and five-year-old Muhammad.

They reportedly had dinner at a famous restaurant at Zamzama (hint: the place is known for its steaks) and later they had some sweets from a shop in a famous amusement place in DHA . As per the authorities, both the spots have been sealed for forensic investigations.

According to SSP South, the mother is out of danger.

Meanwhile, a team of Sindh Food Authority has visited the restaurant to collect food samples.

Speaking to the media persons, Additional IG Dr.Amir Shaikh said that food poison affected the body within four hours of its consuming.

It is important to mention here that the investigation team has collected samples of vomit from the dustbin, clothes of children and blood samples as well to identify the root cause of the death. According to the Chief Minister’s spokesman, the eatery had also been earlier served with the notice pertaining to improving the hygienic conditions but the orders gone vain as the hotel management failed to comply.

What You Need To Watch Out For When Eating Out:

While it is every restaurant’s responsibility to serve you safe and hygienic food, there is a lack of check/balance in Pakistan. It is imperative that you take basic safety measures that can minimise the risk of food poisoning when eating out.

Foods That Can Actually Make You Sick:

Many distinct types of food can end up making you sick. You must know that food that contains dangerous bacteria or viruses may not necessarily look, smell or taste any different from food that is safe. Food-poisoning  causing bacteria are either in the food to begin with or are transferred to the food during storage, preparation, cooking or serving.

What Are The High-Risk Foods?

Food poisoning bacteria can grow and multiply on particular types of food more than others. These high-risk foods include:

When eating out, you must pay special attention to how these high-risk foods are being prepared, cooked, stored and served in eateries. Vigilance is key here, so always keep your eyes out for potential hazards.

Factors To Consider When Deciding To Eat Out

When you are deciding where to eat or buy takeaway food, think about whether:

Dirty conditions in the public areas of a shop or restaurant can be a clue hinting that things may be worse in the kitchen or behind the scenes where customers don’t have access to.

Hints for When You’re Buying Food From Outside:

When buying food, beware of the following things:

When Going For Buffets Or Self-Service Restaurants

Make sure you watch out for these things when going to a self-service or buffet restaurant:

It is also our responsibility to point out when we find certain red flags at eateries including how the food is being handled and how hygienic the staff is when serving food and generally in their appearance. Now is the time to be more vigilant and mindful of what we’re eating and the environment encompassing it.

Related Article : Why You should Try Frozen Food for a Change?