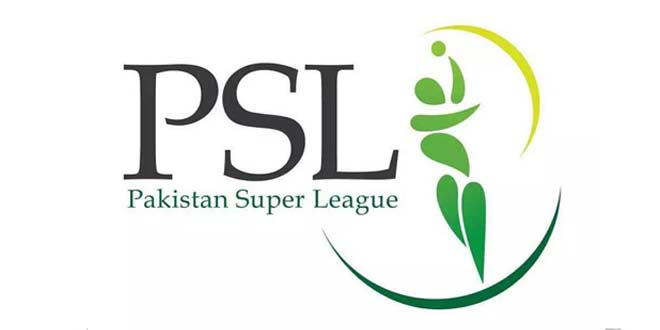 With the astonishing fireworks, and blazing performances Pakistan Super League was inaugurated on the stage of Dubai National Stadium in the Middle East. A number of international superstars from Pakistan were on show as Mohid Mirza and Sanam Saeed started off the event with a great performance. The centre of attraction was the appearance of Grammy award winning rapper, the Jamaican Sean Paul. Sean Paul energized the audience with his hits which have earned him numerous awards in his glittering career. Another highlight was the involvement of Chris Gayle, Darren Sammy, Dwayne Bravo on the dance floor which made the crowd cheer even more. Last but not the least Pakistan singing sensation amused the audience with his hits and also song the anthem of the Pakistan Super League.

In this article we’ll recap all the first five matches that have been played in the Pakistan Super League.

In the first match, Quetta Gladiators faced Islamabad United to kick off the PSL season. The Islamabad outfit marshaled by the trustee Misbah-ul-Haq had a unconvincing start to their batting as Sarfaraz Ahmed’s Gladiators ran riot as a bowling unit. Muhammad Nawaz, the left arm spinner was the pick of the bowlers for the Quetta outfit as he was able to bag four wickets for just 13 runs in his four overs. Misbah-ul-Haq and Andre Russell’s 57 run-stand from 27 balls helped Islamabad United to post a respectable total of 128 to defend. Quetta Gladiators started as they left off as Luke Wright dismantled the Islamabad bowling attack with an unbeaten innings of 86 runs to his name. He smashed 11 fours and four sixes to wrap up the game with 24 balls still remaining.

Karachi takes the bragging rights and the win over the Qalandars

In the first of the two matches lined up for Friday, Karachi Kings took on Lahore Qalandars at the Dubai National Stadium. Karachi Kings captain Shoaib Malik won the toss and gave the opportunity to Azhar Ali and his men to set the target for them to chase. The Lahore outfit only managed to score 125 runs in 20 overs. The pick of the events was Muhammad Amir’s stunning hat-trick as he sent back Dwayne Bravo, Zohaib Khan and Kevon Cooper in successive deliveries. In the second innings of the match, Shakib-ul-Hassan and Lendl Simmons showed immense class in their batting display as they managed to guide the Karachi Kings to a deserving victory. The West Indian batsman scored an unbeaten 62, whilst Bangladesh dynamo Shakib also scored a magnificent 51 runs.

Peshawar Zalmi – labeled as one of the favourites to win the tournament – started off their campaign on a high as they handed Islamabad United another defeat – the second defeat in as many games. Afridi’s Zalmi opened the innings with Muhammad Hafeez and Tamim Iqbal. Hafeez, after hitting some exquisite shots had to return back to pavilion, courtesy of a great catch from Islamabad United wicketkeeper, Sam Billings. Tamim Iqbal carried on as his 51 runs from as many balls, helped the men in yellow to post a good total of 145-7. Islamabad looked shaky right from the start and lacked conviction in their batting, and that flaw was greatly exploited by left arm spinner, Muhammad Asghar. He capitalized the opportunity and got three important dismissals for his side. Wahab Riaz and Shaun Tait also punched in with two wickets each.  Islamabad United at the end only managed to score 121 runs.

Karachi Kings posted a total of 147 runs with the loss of 7 wickets. Ravi Bopara (40 from 29) and Shoaib Malik (37 from 25) scored important runs for the men in blue to help their team reach the above mentioned score. In reply, Quetta Gladiators opening batsman Ahmed Shehzad took the matter in his own hands as he took charge and started to hit the ball all over the park. His blazing 71 runs from 45 balls comprised of shots of the highest quality. His opening partner Luke Wright also continued with his good form as he managed to score 40 runs as well. Kevin Pietersen applied the finishing touch, as he smashed out of the park for a maximum which sealed a commanding victory for the men in purple.

Lahore Qalandars experienced defeat as Peshawar Zalmi came out comfortable winners in the second of the two matches played on 6th February. Lahore Qalandars, right from get go were in disarray as Peshawar’s Junaid Khan clean bowled the mighty Chris Gayle on the very first ball of the game. Soon after that, wickets fell in quick succession and the men in black and red attire were only able to put 117 runs on the board in their 20 overs. In reply to that, Tamim Iqbal and Muhammad Hafeez showed some exquisite stroke making and provided the all important start. Muhammad Hafeez was dismissed for 43, whilst his left handed partner went on to score another half century. He is the first man in the PSL to score consecutive fifties. Peshawar Zalmi went on to win the match comfortably with 9 wickets to spare.