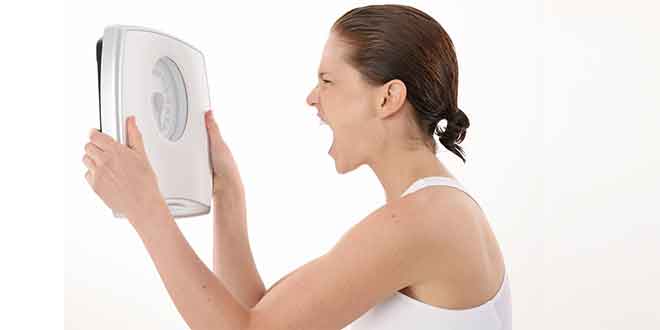 What Really Makes You Fat?

You are what you eat! Foodies are always bombarded with this statement but it really is true. Healthy food would obviously make you healthy while the unhealthy stuff would make you unhealthy. The other important aspect of this idea is when you eat and how each food you eat affects your health differently, depending on the time of the day it is eaten.

A lot of researches have proved and thus paved way for healthy eating habits of many of us. These researches have helped make our lives simpler and healthier along with keeping us informed about the right choices to make.

You’ve probably heard the term “fat makes you fat.” It’s true that fat is easier for some people to passively overeat, because it’s highly palatable and is higher in calories than protein or carbohydrate.

A study of this kind has been brought forward which states that the calorie consumption is actually the cause of obesity, so next time we must not put all the blame to carbohydrates, proteins and fats alone. These calories pour in the mass of your body, making changes to organ health and function.

The study constituted of a bunch of people and the results obtained were then compared to reach a conclusion. The study comprised of 25 men and women, aged between the age group of 18 to 35. These people were asked to eat around one thousand calories apart from their daily consumption of diets.

The people were required to follow this routine for eight weeks although each individual did not eat the same type of diet a few ate low protein diet other ate normal protein diet while others had high protein diet.

These twenty five men and women continued their practice of eating one thousand extra calories for about eight weeks, after eight weeks they went through a medical examination. The researcher took a closer look at the changes these men and women had under gone.

The results revealed that all these 25 men and women under consideration gained almost equal amount of weight even though they were not eating the same kind of diet. The results implied that the the kind of food really is, it swells you up if you do not eat in moderation. Thus excess calories are those from high protein or low protein would definitely make you gain weight. A few anomalies were also observed.

The calories would fatten you up no matter from where these come from but these would add to your weight. The important thing is to eat in moderation and have a balanced diet which incorporates all the nutrients in moderate proportions.

There is list of foods you can eat unlimited amounts of without sabotaging your diet and fitness goals. Not only are they low in calories and high in fiber.

If you think you were born fat, you will gain weight

7 Easy Steps to Cut Down On Your Fat