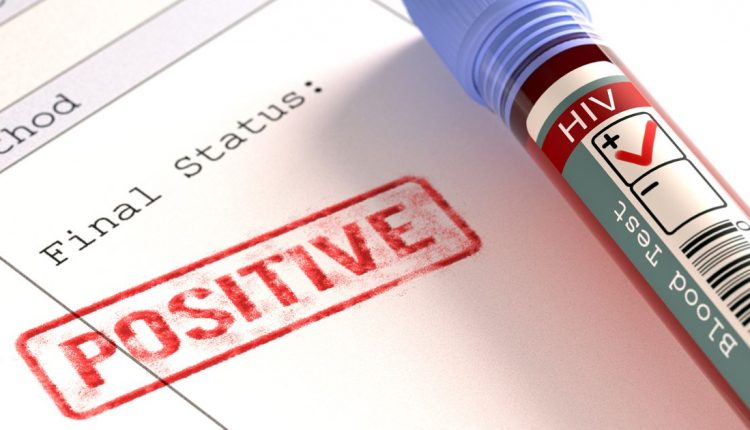 In April, the issue of HIV surfaced in Ratodero, Larkana, when about 12 children visited a hospital with symptoms of fever, vomiting and weight loss.

A large number of children visiting the hospitals with the same symptoms rang alarm bells and a local pediatrician sent the blood samples of 11 children for testing. They were all tested HIV positive.

As of May 20, around 553 children have been tested HIV positive.

A pediatrician, who was believed to be the only qualified doctor for children in Ratodero, was held responsible for the outbreak.

Though the virus can also be transmitted to children through breastfeeding and through mother to fetus, in the case of Ratodera, the mothers of virus affected children were also tested but they didn’t carry the virus.

According to the WHO consultant and physician, Dr Arshad Altaf, the infection spread due to reuse of syringes and drip sets used by quacks in this area.

Keeping in view the number of children affected, it is unlikely that only one doctor is responsible for the outbreak because in Pakistan even qualified doctors use the same syringes,” he says.

The WHO defines a safe injection as one that does not harm the recipient or the provider and does not result in waste that is dangerous to the community.

The reuse of single-use disposable syringes that led to a HIV outbreak in Ratodero can be attributed to poverty. Dr Altaf mentions that patients in rural areas are extremely poor and cannot afford to pay extra. Therefore, doctors offer services in which cheap medicines and injections are part of the package.

On the other hand, once diagnosed, it is important to note that HIV cannot be cured. It can be treated and contained. HIV patients have to take medicine all their lives.

And for the people of Ratodero, they have to travel for treatment as the town is quite far from Larkana and Karachi. But their poverty restricts them to do so, says Dr Altaf adding that when the child’s health improves parents think he/she doesn’t need treatment anymore and so they stop going.

A local journalist Sheeraz Mehmood Pathan, who has been covering the HIV outbreak in Ratodero, also shared that he met some families who told him that they have already visited Larkana seven to eight times for the treatment of their children, and it is financially taxing.

Keeping in view the large number of HIV affected children and poverty, parents hoped that the government might consider setting up a facility in their town. However, this has not been the case. So far, the government with the help of an NGO called Global Fund has only been providing free-of-charge medicines to the patients.

Moreover, poverty also restricts parents from taking proper care of their children. Dr Fatima Jehangir, a consultant family physician at the Ziauddin Hospital, says that HIV affected children need more nutritional care to boost their immunity because this disease makes them immunocompromised, making them more prone to infections. But most parents cannot afford to provide such care.

According to the findings of a preliminary report submitted by a Field Epidemiology and Laboratory Training Program team on May 16, the most affected age group in the 534 HIV positive cases so far is between two and five, followed by age groups six to 15.

Among these, female children have been the most affected and the youngest child in the outbreak is less than a month old.

Such a significant number of patients in a small town of just 0.33 million people, according to the Census 2018, requires specialized doctors. Dr Jehangir says that usually infectious disease specialists treat HIV patients and during this treatment long-term precautions have to be taken to stop further spread. Monitoring of blood markers also have to be conducted in order to determine the stage of the disease. However, Ratodero lacks such facilities or doctors.

The report says an immediate action should be taken against quacks, unauthorized laboratories and blood banks. So far, the Sindh Healthcare Commission has sealed around 71 clinics in Ratodero alone. It also suggests that more HIV screening camps should be set up at THQ hospital Ratodero to identify hidden cases.

Recently, only after the outbreak the government set up a ward for HIV affected children in Chandka Hospital Larkana, which was previously unavailable.

Pathan said that as of May 23, around 317 children have visited the ward. “At least seven children have died so far while the condition of five more is critical,” he mentioned.

Incineration is common in Pakistan, but incinerators are only available at medium to large government facilities in rural areas, he says. There is no mechanism where the government health centers, where there is a functioning incinerator, accepts healthcare waste of private facilities, he adds.

He suggests that the government can institute a mechanism in which it can sub-contract the sharp collection system to a contractor and then the contractor charges a nominal fee per kilo for the sharps and transports the waste to the incinerator. In fact, Dr Altaf recalls that this system was functional in the early 2000s in Karachi but it could not sustain because the laboratories and health centers wouldn’t pay the collection charges regularly to the contractor.

Such an attitude needs to change lest we want more children to fall victim to medical negligence.