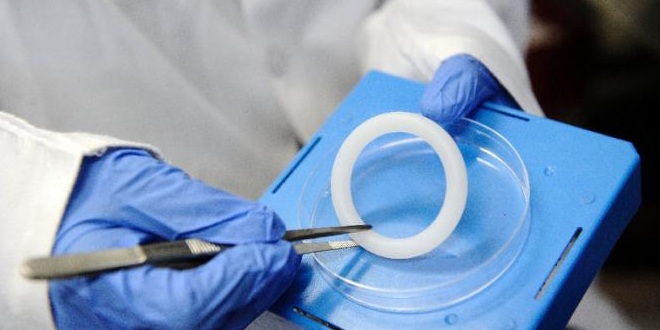 The dapivirine ring was even more effective in women over 25, who saw their HIV risk drop 61 percent while using the ring, developed by the nonprofit International Partnership for Microbicides (IPM).

The findings, released at the Conference on Retroviruses and Opportunistic Infections (CROI) in Boston, mark the first time a long-acting vaginal ring has been shown to significantly reduce the risk of HIV infection in women, researchers said.

Previous trials using another anti-retroviral drug — tenofovir — in pill form and as a vaginal gel have not been shown effective in African women.

The latest findings came from two large phase III clinical trials, in which thousands of women in Africa were randomly assigned — and taught — to insert a vaginal ring that either contained the active medication or a placebo.

“The Ring Study, led by IPM, showed that the monthly dapivirine ring safely reduced HIV infection overall by 31 percent compared to a placebo,” said a statement from IPM.

“Similar results were seen in ASPIRE, led by the US National Institutes of Health-funded Microbicide Trials Network (MTN), which found that the ring safely reduced infection by 27 percent overall,” it added.

“This is the first time two phase III studies have confirmed statistically significant efficacy for a microbicide to prevent HIV.”

Finding ways to prevent the virus that causes AIDS in women is important because more than half of the 35 million people in the world who currently are infected with HIV are women — and most reside in sub-Saharan Africa.

Women need additional preventive measures because they are often unable to negotiate consistent condom use with their partners, experts say.

The Ring Study enrolled 1,959 HIV-negative women ages 18-45 at seven sites in South Africa and Uganda. It began in 2012 and began reporting its results early based on the successes seen.

Both studies found large differences in how effective the ring was at preventing HIV according to the age of the women using it.

“Little to no protection was seen in women ages 18-21 across both studies – 15 percent in The Ring Study and no protection in ASPIRE,” said the IPM statement.

But women over 21, who appeared to use the ring more consistently, saw their risk of HIV drop by 56 percent in the ASPIRE study.

Those over 25 had a 61 percent reduced risk.

“These findings were statistically significant and supported by a trend in The Ring Study which also showed higher efficacy (37 percent) for women over 21,” said the IPM.

More research is needed to understand what factors could have led to the difference in outcomes, scientists presenting the findings said at CROI.

“These findings give new hope to many women at high risk who need more and different options to effectively protect themselves from HIV,” said Zeda Rosenberg, founding chief executive officer of IPM.

A report detailing the latest research was simultaneously published in the New England Journal of Medicine.