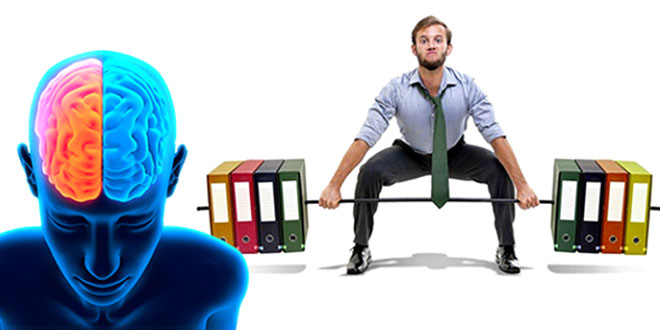 Scientists, for a while, have been working on the relationship of physical exercise and mind-function. It had been noted that exercise acutely stimulates the release of several consolidation-promoting factors in humans, raising the question of whether it could be used to improve memory retention.

Persistent long-term memory depends on successful stabilization and integration of new memories after initial encoding. This consolidation process is thought to require neuromodulatory factors such as dopamine, noradrenaline, and brain-derived neurotrophic factor. Without the release of such factors around the time of encoding, memories will decay rapidly.

In a new research, published in the journal of ‘Current Biology’, in which a four member team working under the headship of researcher Eelco V. van Dongen found.

In this current research, researchers used a single session of physical exercise after learning to exogenously boost memory consolidation and thus long-term memory. Three groups of randomly assigned participants first encoded a set of picture-location associations. Afterward, one group performed exercise immediately, one 4 hr later, and the third did not perform any exercise. Participants otherwise underwent exactly the same procedures to control for potential experimental confounds. Forty-eight hours later, participants returned for a cued-recall test in a magnetic resonance scanner.

With this design, the researchers were able to investigate the impact of acute exercise on memory consolidation and retrieval-related neural processing.

It was found that performing exercise 4 hr, but not immediately, after encoding improved the retention of picture-location associations compared to the no-exercise control group. Moreover, performing exercise after a delay was associated with increased hippocampal pattern similarity for correct responses during delayed retrieval.

The results suggest that appropriately timed physical exercise can improve long-term memory and highlight the potential of exercise as an intervention in educational and clinical settings.

This finding is in line with previous studies reporting beneficial effects of physical exercise and highlights its potential as a memory intervention in humans. The economic, healthy, and practical nature of exercise makes it ideal for interventions in educational and clinical settings. The experiment thus serves as a proof of principle study that could inspire future applications of exercise to boost long-term memory in various populations.

Previous studies using procedural tasks have provided evidence that in those settings the close proximity of exercise maximizes its effects on memory. For this reason, it seems that the effect of exercise on memory is not only modulated by timing but also by the type of memory investigated.

Studies using declarative tasks have also shown effects of exercise conducted immediately after acquisition, suggesting that experimental parameters such as task, type of learning, type of stimulus material, and subject population could be important for the net effect of exercise on memory retention.

Although the research is major breakthrough, it still remains a challenge for future researches to determine the specific parameters that modulate the impact of exercise on memory.