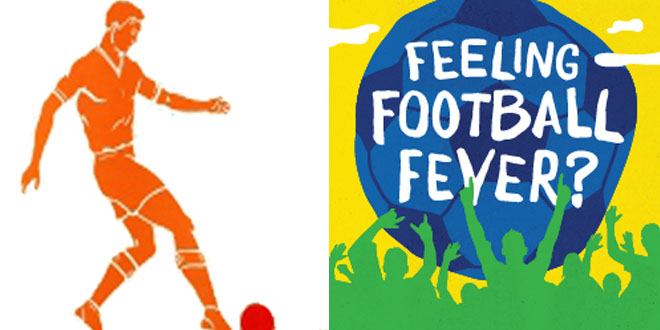 Apart from Belgium facing Israel in a European Championship Qualifier, different teams were in action in their respective friendly matches around the globe this week Football Round Up.

Let’s see what the results of these matches were:

Belgium triumphs at the Teddy Malha Stadium against Israel in their Group B European Championship Qualifier Match. Belgium took the lead in the ninth minute as Manchester United’s Marouanne Fellaini scored the only goal for the Red Devils. Vincent Kompany was sent off for getting cautioned two times. The yellow cards came in the 11th and 64th minute respectively. The final score was 1-0 to Belgium.

As far as the international friendlies are concerned, a list of fixtures took place. Here are some of the results.

England and Italy share points at the Juventus stadium in Italy. Grazianno Pelle opened the scoring of the game by scoring a superbly placed header pass a full stretched Joe Hart. Andy Townsend equalized with a superb right foot shot pass Gigi Buffon. Joe Hart made his 50th appearance for the Three Lions. Final score at the Juventus stadium was 1-1

Sweden derails Iran at home to maintain a good international run. Star man and Captain Zlatan Ibrahimovic opened the scoring with a header in the 11th minute. Berg scored Sweden’s second of the game in the 21st minute to put them in the driver-seat. Iran reduced the deficit to a single goal as Neukonam scored from the penalty to make it 2-1. Sweden scored their third in the 89th minute, Toivonen on the score sheet. Full time score 3-1 to Sweden Football Round Up.

Netherlands sweep past Spain at the Amsterdam Arena with a comfortable victory. Stefan De Vrij opened the scoring in the 13th minute. Klassen scored three minutes after his compatriot to make it 2-0 to the hosts of the friendly game. Full time score was 2-0 to the Dutch.

Turkey wins at the Josey Barthel Stadium against Luxemburg. Erdinç scored in the 5th minute for the Turkish while Mutsch scored in the 31st minute to equalize the scoring. The breakthrough was provided by Hakan Çalhonoğlo in the 87th minute to put the Turks ahead. The final score was 1-2 to the Turks.

Japan scores five to beat Uzbekistan at the Ajinimoto Stadium. Aoyama opened the scoring as early as the 7th minute as in form Okazaki made it 2-0 to Japan in the 54th minute. Shinseki and Usami scored in the 79th and 83rd minute for Japan’s third and fourth goals respectively. Thutahojaev scored Uzbekistan’s first goal of the game in the 82nd minute. The drubbing was completed by Kayamata in the 90th minute with a full time score 5-1 to Japan.

USA and Switzerland draw at the Letzigrund Stadium in Switzerland. Shea opened the scoring for USA in the 45th minute while Stocker scored the equalizer to make it a goal apiece in the 80th minute. The final score was 1-1.

Cape Verde scored twice to beat Portugal at the Antonio Coimbra de Mota Stadium. Fortes and Barros scored in the 38th and 43rd minute. Although it was a friendly but quite a major shock for Fernando Santos’ men. The final score was 0-2 to Cape Verde.

Argentina wins at home against Ecuador. Sergio Kun Agüero scored in the 8th minute to give Argentina the lead early in the game but Bolanos equalized in the 24th minute to make it 1-1. Javier Pastore’s strike in the 58th minute proved to be the difference in the all South-American tie, ending the match with a final result of 2-1 to Argentina Football Round Up.