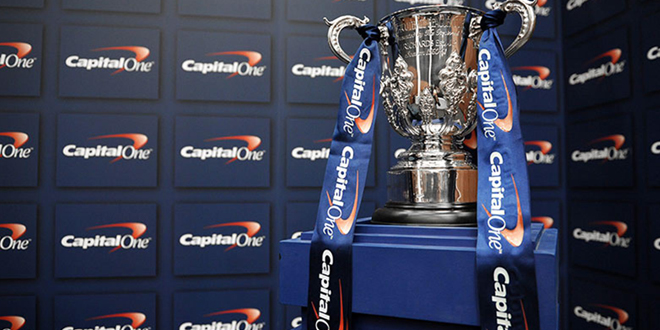 Quarterfinals were contested between eight teams in the Capital One Cup on Wednesday and Thursday evenings.

Here’s how the football tournament went about.

Manchester City made easy work of Hull City in first of the four quarterfinal ties in the Capital One Cup. Wilfred Bony only needed twelve minutes to open the scoring. Ten minutes from time, the home side started to show their attacking prowess yet again, as they scored three quick fire goals.

Stoke City progress to the semifinals with a 2-0 victory over Championship side Sheffield Wednesday. Dutch international Ibrahim Afellay opened the scoring in the fifteen minutes from half time. Joselu provided the assist for the former Barcelona man.

Phillip Bardsley scored the second for the home side in the 75th minute on loan Chelsea midfielder Marco van Ginkel assisted the goal for the Scottish defender. Final score at the Britannia Stadium Stoke City 2-0 Sheffield Wednesday.

Gerard Deulofeu and Romelu Lukaku scored each as Everton progressed to the semifinals of the Capital One Cup. Deulofeu scored in the 20th minute, R. F. Mori provided the assist. Deulofeu turned provider next as his assist paved the way for Lukaku’s goal in the 28th minute. Final score at the Riverside Stadium Middlesbrough 0-2 Everton.

Klopp’s resurgent Liverpool score six past Southamtpton away from home as they comfortably secure a place in the semifinals of the Capital One Cup. Sadio Mane scored as early as the first minute to give an edge to the home team. Liverpool equalized in the 25th minute courtesy of Daniel Sturridge. He then again scored in the 29th minute to give a one goal advantage to the away side. Divock Origi scored in the 45th, 68th and 86th minute to secure his well-deserved hattrick. Jordan Ibe also rattled the net in the 73rd minute.