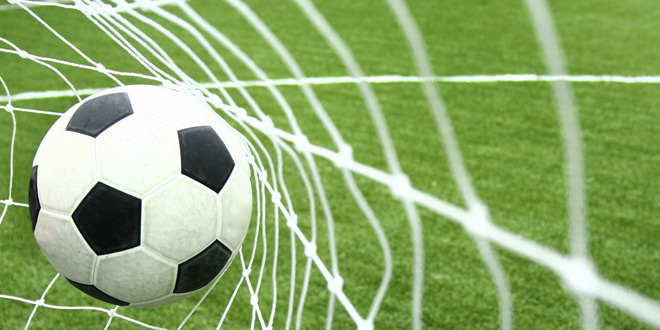 Some great action was seen all over the globe as the football matches was in full flow over the weekend. If you missed any of it, no worries we have it all covered.

In this article, we’ll track down all major happenings in the top football leagues played all around the world.

A total of six games were played on Saturday in the Barclays Premier League with 29 goals being scored altogether.

BOURNEMOUTH, EVERTON SETTLE FOR A DRAW

AFC Bournemouth’s resilience was on point as they came back to level the scores twice in the game to secure a 3-3 draw at home. Everton’s Funes Mori opened the scoring from a set piece delivered by Ross Barkley. This goal was the away side’s first goal from a set-play this season. Romelu Lukaku doubled the advantage for the men in blue, courtesy of some neat footwork in the box and lashing the shot past the keeper.

Bournemouth got a goal back through Smith. His swerving strike from just outside the box got the home side back in the game. Junior Stanislas equalized in 87th minute of the game. Ross Barkley scored in the 95th minute but that was again cancelled out by Stanislas in the 98th minute. Full time at Goldsands Stadium saw AFC Bournemouth 3-3 Everton.

Crystal Palace put five past struggling Newcastle United in their match at Selhurst Park. Papis Demba Cisse opened the scoring for the away side in the 10th minute. James McArthur equalized four minutes after that. Yannick Bolasie doubled the advantage in the 17th minute. Wilfred Zaha, Yannick Bolasie and James McArthur scored in the 41st, 47th and 93rd minute to take the scoring to 5-1 in favor of the home side. Final score showed Crystal Palace 5-1 Newcastle United.

Manchester City returned to the top spot in the Barclays Premier League bagging all three points at home against Southampton. Kevin De Bruyne, Fabian Delph and Alexander Kolarov scored for the Citizens whilst Shane Long scored one for the away side. This match also marked the return of David Silva as he came on in the 75th minute, replacing Raheem Sterling. Final score at the Etihad Stadium found Manchester City 3-1 Southampton.

Sam Allardyce and his men secured a crucial victory at home against Stoke on Saturday. Goals from Van Aanholt and Watmore in the 82nd and 84th minute helped Sunderland to secure all three points at home. Ryan Shawcross was sent off for the away side as he was booked twice in the space of five minutes. Sunderland move out of the relegation zone and move to the 17th spot in the table.

VILLA IN TROUBLE AFTER DEFEAT AT HOME

Problems pile up for Remi Garde and his men as Aston Villa suffer another defeat this time at Watford’s expense. Watford’s Ighalo opened the scoring in the 17th minute. Micah Richards equalized in the 41st minute for the home side. Alan Hutton scored an own goal in the 69th minute, then Deeney made it 3-1 in favor of the away side. Jordan Ayew grabbed a second for Aston Villa in the 89th minute but it was too late. Final score at Villa Park, Aston Villa 2-3 Watford.

Jamie Vardy broke the record of Ruud Van Nistelrooy as he scored yet another goal in the Barclays Premier League taking his tally to 14 goals for the season. He broke the record as he has now scored 11 goals in 11 games which has never been before in the league since its inception. The away side equalized right before half-time as Bastian Schweinsteiger scored his first goal in a Manchester United jersey. Full time at the King Power Stadium, Leicester City 1-1 Manchester United.

Real Betis defeated Levante by a single goal as R.C Martin broke the deadlock in the 4th minute. The goal was assisted by Joaquin.

Luis Suarez, Lionel Messi and Neymar all shine as Barcelona scored four past Real Sociedad at the Camp Nou. Neymar opened the scoring in the 22nd minute and Suarez doubled the advantage four minutes from half time. Both of the goals were assisted by Dani Alves. Neymar scored his second and Barca’s third goal in the 53rd minute and then assisted Lionel Messi’s goal late in the 90th minute.

Griezmann’s sole strike in the third minute proved to be pivotal as it resulted in all three points for Atletico at the Vicente Calderon.

Hannover put four past Ingolstadt as they move up the table in the German Bundesliga. Guedes, Andreasen, Karaman and Bech provided the goals for the home side.

Bayern Munich march on in the Bundesliga as they axed Hertha Berlin 2-0 at home courtesy of goals from T.Muller and K.Coman.

Hamburg put three past Werder Bremen in the derby which was contested at the Weserstadion. Ilicevic opened the scoring for the away side then Gregoritsch doubled the advantage in the 26th minute. Ujah reduced the deficit to one goal but Hamburg’s Muller scored to put the game to rest. Final score at Weserstadion, Werder Bremen 1-3 Hamburg SV.

Yoshinori and Mall scored in the 5th and 42nd minute for Mainz 05 to take a 2-0 lead at half time. Seferovic scored in the second half for Frankfurt but wasn’t enough. Full time at Coface Arena Mainz 05 2-1 Frankfurt.