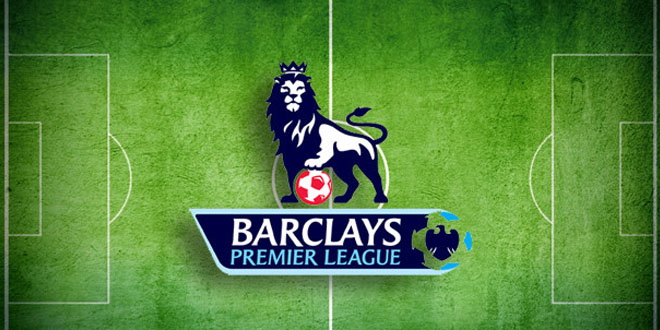 The Barclays Premier League’s third game-week is in full throttle, and here is how the teams look so far:

Manchester United started off the third week as they faced Newcastle United at Old Trafford. German international Bastian Schweinsteiger made his first start as a Manchester United player. Game started off with United playing the better football. Wayne Rooney’s goal was ruled offside which still is a story of mixed views. Newcastle came close to scoring in the first half as Mitrovic’s header struck the bar, not a good sight for United supporters.

Manchester United ruled the game with 70% possession on the ball but still couldn’t find the net. Chris Smalling came the closest to scoring for the Red Devils, as his header struck the post. Full time at Old Trafford was 0-0.

Following their defeat to Arsenal last weekend, Crystal Palace bounced back with a win against Aston Villa on Saturday. Centre defender Scott Dann opened the scoring for the London-based club on 71 minutes, but was cancelled out by Villa’s Pape Souaré within six minutes. The decisive goal of the game was scored by debutant Bakary Sako in the 87th minute. Final score at Selhurst Park was 2-1 to Crystal Palace.

Callum Wilson proved the catalyst for Bournemouth as they beat West Ham United 3-4 win to secure their first ever points in the Barclays Premier League. The English U-21 international is also the first man to score a hatrick this season in the league. As a result of this victory, Bournemouth moves up to the 12th spot on the table.

Mame Biram Diouf opened the scoring for the away side. New signing Xherdan Shaqiri provided the cross for his header. Russell Martin of Norwich City equalized in the 28th minute courtesy of a cross from Nathan Redmond. Final score was Norwich City 1-1 Stoke City.

SUNDERLAND, SWANSEA, LEICESTER AND SPURS TAKE ONE POINT EACH

Jose Mourinho’s side won 2-3 at the Hawthorns, courtesy of three goals scored by the Spanish trio of Pedro, Diego Costa and Cesaer Azpilicueta. Pedro, who was signed by FC Barcelona, opened the scoring for the Blues in the 20th minute. His compatriot Costa doubled the lead in the 30th minute. James Morrison reduced the deficit by scoring in the 35th minute. Three minutes from half time, full back Azpilicueta scored the third and his first goal for Chelsea. Morrison grabbed a second for West Brom but it wasn’t enough for his team to come back into the game. John Terry was shown a straight red due to his foul on West Brom attacker Salomon Rondon.

THE PERFECT START FOR MANCHESTER CITY

Manchester City made it three wins from three matches as they maintain a 100% record in the Barclays Premier League. Kolarov opened the scoring at the hour mark, Raheem Sterling provided the assist. Samir Nasri made sure of the points for the Citizens, scoring two minutes from time courtesy of an assist from Yaya Toure. Final score at Goodison Park was 0-2 to Manchester City.

Arsenal and Liverpool shared points at the Emirates, following a 0-0 score-line. Liverpool started the game in full flow, as talismanic Brazilian Phillipe Coutinho hit the cross bar in the early stages of the game. Arsenal was denied a goal in the first half as Aaron Ramsey’s goal was disallowed, courtesy of an offside. The offside call was certainly a debatable issue. Peter Cech’s immaculate saves in the first half, first of Benteke and then Coutinho’s shot, allowed Arsenal to stay in the game. In the second half, the home team was the better of both sides. Alexis Sanchez came close to scoring for Arsenal but was denied by the post. Liverpool keeper Simon Mignolet, matching his counterpart, pulled off great saves as well, denying Olivier Giroud and Ramsey in the second half. It was a great game for the neutrals.

The matches so far have lived up to their ecstatic expectations. I can only wonder what the upcoming weeks hold for football fans. All I know is this is going to be a majestic league game-weeks and should not be missed.