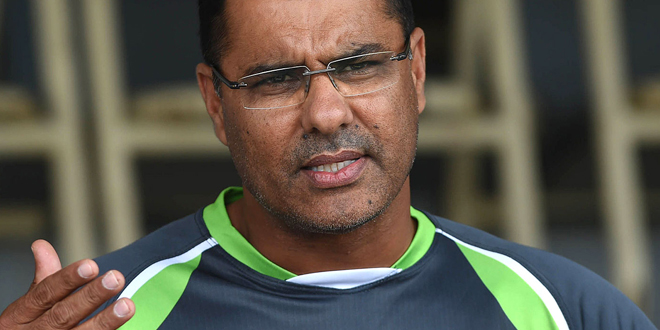 Head coach Waqar Younis warned his team needed to play out of their skins to take a lead over England when the two teams meet in the third one-day international in Sharjah on Tuesday.

Pakistan went down by 95 runs in the second game in Abu Dhabi to give England a chance to level the four-match series at 1-1.

Waqar said he was not expecting England to play the way they did in the second game on Friday.

Waqar said Pakistan were poor on Friday, sliding to 188 all out in chase of a 284-run target.

“Obviously we were expecting a fightback from England but we also played poor cricket in that game. We were not up to the mark in batting and at no time we were in the game and we must make sure it doesn’t happen next time.”

England opener Alex Hales notched a maiden century to lift England to an impressive 283-5 in their 50 overs, batting which Waqar believed set up the win.

“The way Hales made that hundred was great and when someone scores a hundred at the top of the order your chance of putting a 300 total gets more,” said Waqar of the England opener.

“We know our strengths so we will fightback.”

Waqar admitted he was surprised over the manner in which senior batsman Younis Khan retired from one-day after the first match following debate over his selection for the series.

“Reality demanded that he should have completed the series,” said Waqar of Younis who ended his career on 265 one-day games. “But that is the way he thinks and he is, I am very proud of the way he played the game.

“He will continue to play Test cricket and I am hopeful that he will complete 10,000 Test runs but it was unfortunate way (to retire) and the decision was sudden and that was a big shock for us.”

The fourth and final one-day match will be played in Dubai on Friday.

Both teams will also play Twenty20 internationals in Dubai (November 26 and 27) and Sharjah (November 30).