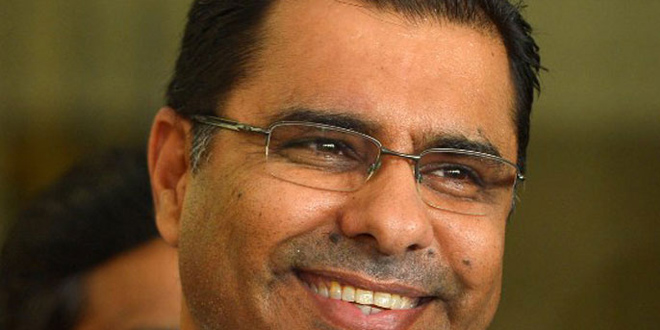 Waqar Younis brushed aside British tabloid claims of match-fixing against his team in their six-wicket defeat in the third one-day international against England in Sharjah earlier this week.

British tabloid Daily Mail alleged the match on Tuesday was under investigation by the Anti-Corruption Unit of the International Cricket Council (ICC) over unusual patterns of betting.

The newspaper claimed the investigators were tipped off before the match that Pakistan would underperform in the game and that three run-outs, casual dismissals of batsmen and sloppy fielding were suspicious.

Pakistan were bowled out for 208 on a flat pitch, with skipper Azhar Ali, Mohammad Rizwan and Shoaib Malik run out.

Asked whether he was aware of the allegations, Waqar said: “I am not aware of that, but I have been hearing about this here and there about this but I am very clear about the Pakistan team and the boys.

“There is nothing wrong with the game.”

England chased down the target after being 93-4 at one stage for a six- wicket win to take a 2-1 lead.

They took the fourth and final match on Friday by 84 runs for a 3-1 series win.

Waqar said Pakistan’s defeat in Sharjah had been unfortunate.

“Yes, we lost the game. You lose and win games, and it’s unfortunate the way the whole thing happened but I have no doubts in my boys and I am very satisfied.”

Former England captain Michael Vaughan had raised doubts over the Sharjah match with tweets which were later deleted.

“3 run outs and a few iffy shots for Pakistan … Never seen that before,” tweeted Vaughan before adding: “They must think we are stupid.

“I hate the fact we watch cricket with so much suspicions … it shouldn’t be that way.”

“I think he has given a very wrong statement,” said Khan on Friday. “It’s very wrong and it’s necessary to give our reaction and we will raise this matter with the ICC.

“Although he later deleted those tweets, the damage was done.”

Pakistan have been embroiled in fixing scandals in the past with former captain Salim Malik banned for life in 2000.

Australian trio Shane Warne, Tim May and Mark Waugh had alleged Malik offered them bribes to underperform on a tour to Pakistan in 1995 — allegations which forced the Pakistan government to initiate a judicial inquiry.

Pakistan was again rocked in 2010 when then captain Salman Butt, Mohammad Asif and Mohammad Amir were caught in a spot-fixing scandal on the tour to England.

All three were banned for five years and also jailed.

Pakistan leg-spinner Danish Kaneria is also serving a life ban in a spot-fixing case in a county match in 2010.