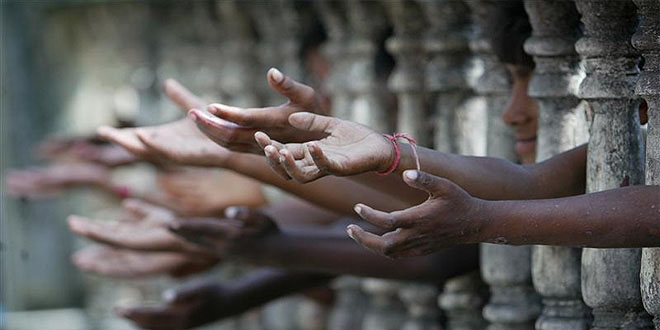 Two out Every Five Children Malnourished in Sindh

On the 16th of April 2015, Society for the Protection of the Rights of the Child (SPARC) launched its annual State of Pakistan’s Children Report in Islamabad. The event was attended by state functionaries, human/child rights activists, media personnel representing major print and electronic media houses, and officials from national and international NGOs and donor agencies.

Keeping up with its 17 year old tradition, the report provided an annual overview of the state of various sectors that affect children in the country including child rights, health, education, child labor, juvenile justice, and violence against children.

On the occasion, SPARC’s research department representatives Mr. Zohair Waheed, Mr. Hamza Hasan, and Ms. Marium Soomro presented the findings of the 2014 report and highlighted that Pakistan has remained far from achieving its national and international commitments, including the Millennium Development Goals, with regards to protecting and promoting the rights of children in the country.

The report revealed that in 2014 no significant breakthroughs were achieved to reach the health and education related MDGs. With the current rate of progress, Pakistan is most likely to miss its 2015 targets.

The report quotes various national and international sources to reveal that 25 million children are out of school in Pakistan: the situation is further compounded by the lack of infrastructure and teaching staff along with poor teaching standards in public schools which can force more children to drop out of schools altogether.

Moreover, in 2014, 296 cases of polio were reported from different parts of the country and 546 children died of acute malnutrition in Tharparkar district of Sindh. These cases were presented as testimony to the systematic failure of the government health sector which has failed to take proactive measures to address the various health crises afflicting the country.

The report also revealed that provincial governments have failed to come up with updated or revamped legislation on important child rights issues in the post 18th Amendment scenario. For instance, child and bonded labor legislation is still in various stages of completion; furthermore, information on underage employment in the country has not been updated since 1996.

The report also identified the increasing prevalence of violence against children in the country and highlighted that incidents of violence are much higher than what is stated by the media and research organizations as majority of cases are never reported to the authorities.

The report called for concerted government and civil society engagement to address the issues faced by children and for bringing child rights and child protection in mainstream public discourse.

Former Minister for Education, Sania Nishtar spoke on health issues. She mentioned that staff did not pay attention to the health facilities in rural areas due to which the patients suffered. Moreover due to the lack of awareness people never complain against unavailability of medicine and other healthcare facilities.

On the SOPC 2014 report she appreciated and thanked SPARC for producing a one of a kind report each year and also stated that the report may be used by civil society and the media for accountability.