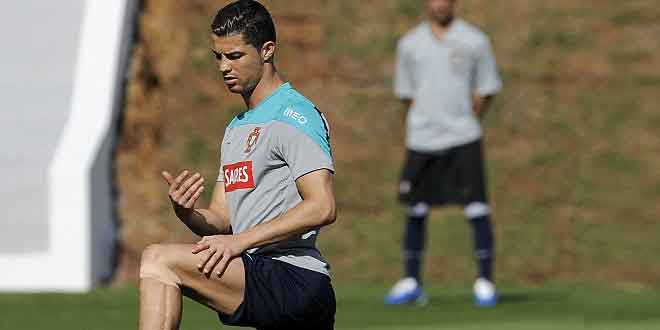 The Secret to Rolando’s Fitness

Cristiano Ronaldo, the name speaks for itself. The three-time Balon D’Or winner is a footballing phenomenon. He has the world at his feet and doesn’t look behind. Having a rugged past, he has worked extremely hard to get to the podium of stardom at which he stands with honor and pride.

Cristiano Ronaldo started playing football at a very young age and made his professional debut for Sporting Lisbon as a teenager. He got his career rolling at the highest level playing for English club franchise Manchester United and now he plays for Real Madrid in Spain. He also has over a 100 international caps for Portugal.

With supreme example of endeavor, Cristiano Ronaldo is an icon. People might not know of football, but they do know who he is. When it comes to keeping yourself fit, the Portuguese footballer takes it very seriously.  Exercising, eating and maintaining a good sleep routine are three of the most practiced traits by the Real Madrid star.

Being named as the Fittest Man Alive by Men’s Health Magazine goes on to show his ability to defy odds. He can reach up to 8.5 meters in the air to head a ball, which is equal to the leaps performed by NBA players. He can shoot a ball with speeds of more than 100 kilometers an hour, showing his superior leg strength. He runs almost 6 miles in a competitive football game, showcasing his enormous stamina.

Ronaldo takes good care of himself by replenishing the body with proper and a strict diet regime. His diet includes a combination of many things.

When it comes to muscle wear and tear, protein is the main ingredient which comes into action. Protein not only gives you energy but also helps in maintaining the integral body functioning.

Cristiano Ronaldo avoids drinking alcohol in his daily routine. He also neglects the use of excessive sugary foods to always bring his A-game to the field every time he plays.

To give his body the appropriate nutrition he also incorporates vegetables, fruit and salads quite often. Through this, he gets all the essential vitamins, minerals, carbohydrates, fats to keep his body up to date.

One of the most important factors in his diet is his method of taking nutrition. He eats food 6-7 times in a day in the form of short meals to keep his body’s metabolism for the provision of instant energy and in keeping himself up to date.

His incredibly ripped physique shows how he works out in the gym and on the training field. Let’s categorize what he actually does.

Being a footballer, his leg muscles are at the top. He uses the traditional leg presses, squats, lunges, box jumps, calf raises and dead lifts to tone his quadriceps muscles. And of course, running, sprinting and jogging also help in muscle growth.

We know how Cristiano Ronaldo is renowned for his amazing six-pack abs. For maintenance of the abdominals, he does resistance training with his personal trainer. Burpees, sprinting, crunches, HIIT all include in his abdominal workout.

For the upper body, he does burpee pull-ups, bench dips, push-ups, push presses, and pull-ups with high intensity to keep his body at the prime.

The reigning Balon D’Or winner sheds light on the importance on the topic of health and fitness in the following tips of his own which shows how dedicated he is. This is what he has to say to all his fans who aspire to be an athlete like him.