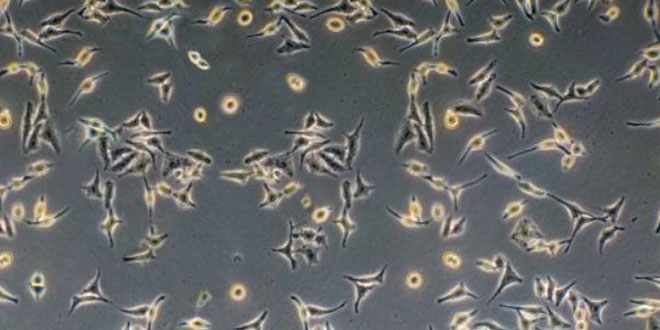 Blood samples can be just as effective as invasive tissue biopsies in monitoring cancer and can help doctors better prescribe treatment, a study revealed.

Although tumor biopsies are generally used to assess changes in a cancer’s DNA, blood samples can do the same thing, according to the study presented at the annual meeting of the American Society of Clinical Oncology.

New advances are allowing researchers to study cancer via the bloodstream where tumor cells shed small, detectable pieces of their DNA, according to researchers.

By assessing this, DNA doctors can “monitor changes in the cancer as it evolves over time, which can be critical when patients and physicians are discussing treatment options for continued tumor control,” according to a preview of the study.

And blood samples allow doctors to do so without resorting to an involved, surgical tumor biopsy, said researchers on the study, one of the largest ever conducted on cancer genomics.

“These findings suggest that analysis of shed tumor DNA in patient blood, also known as a liquid biopsy, can be a highly informative, minimally-invasive alternative when a tissue biopsy is insufficient for genotyping or cannot be obtained safely,” said study presenter Philip Mack, professor and director of molecular pharmacology at the University of California Davis Comprehensive Cancer Center.

And because genetic changes in cancer DNA occur even before tumor growth becomes evident in a scan, blood samples can help health professionals adjust a patient’s treatment sooner.

Blood tests can also provide a more comprehensive sample of a tumor’s DNA since biopsy tissue comes from only one part of a tumor and therefore may not provide a sample of the changing DNA.

“Having a good, reliable option beyond a tumor biopsy could have a major impact on our ability to select the right therapy for the right patient,” said Sumanta Kumar Pal, a medical oncologist at the City of Hope cancer center in California, who was not involved in the research.

“The fact that genomic mutations vary not only patient to patient but also change over time has been a constant challenge in cancer treatment, especially in the precision medicine era” he said.

The study was carried out using blood samples from more than 15,000 patients and 50 types of tumors.

Researchers used a test by California-based Guardant Health, which looks for mutations in 70 cancer-related genes.