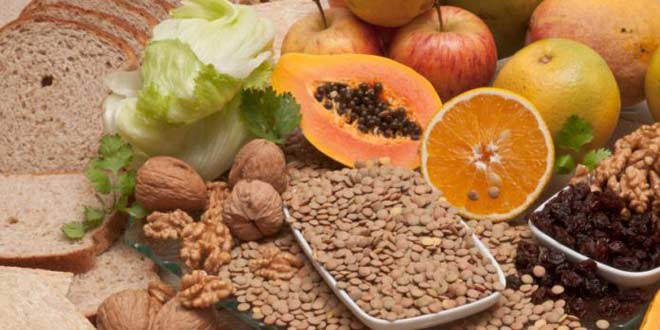 New American research suggests that young and adolescent women should increase their intake of fiber, especially from fruit and vegetables, to reduce the risk of developing premenopausal breast cancer.

This is the first time such extensive research has been carried out to investigate the relationship between a fiber-rich diet and the onset of breast cancer.

The results should give young women food for thought when choosing what they eat, as the research highlights the importance of a diet including plenty of fruit and vegetables.

In fact, the more fruit and vegetables consumed during young adulthood, the more the risk of developing breast cancer appears to diminish.

Scientists leading the study linked this to the effect of fiber on estrogen levels. Dietary fiber tends to reduce high levels of estrogen in the blood, which are strongly linked to breast cancer development.

Maryam Farvid and colleagues at Harvard Chan School were particularly interested in the effects of diet during adolescence, a period of life when breast cancer risk factors appear.

The study followed a group of 90,534 women aged between 27 and 44 in 1991. They filled out questionnaires about their food intake every four years, with a focus on their diets during high school. This information was supplemented with other data such as body mass index, family history of breast cancer, race, menstruation history, alcohol consumption, etc.

The results showed that young women eating more fiber in early adulthood had a 12 to 19% lower risk of developing breast cancer (depending how much they ate) than those who ate much less or no dietary fiber. The study found that the benefits were even greater for women who ate high-fiber diets from adolescence. A high fiber intake in early life was found to reduce the overall risk of breast cancer by 16% and cut the risk of premenopausal breast cancer by 24%.

What’s more, each additional daily intake – however insignificant it may seem – such as an apple and two slices of wholewheat bread or half a cup of kidney beans or cauliflower, could have a positive impact on the future likelihood of developing breast cancer. The study showed that eating an extra 10g of fiber per day in early adulthood reduced the risk of breast cancer by 13%.

Fiber Does WHAT To My Body?