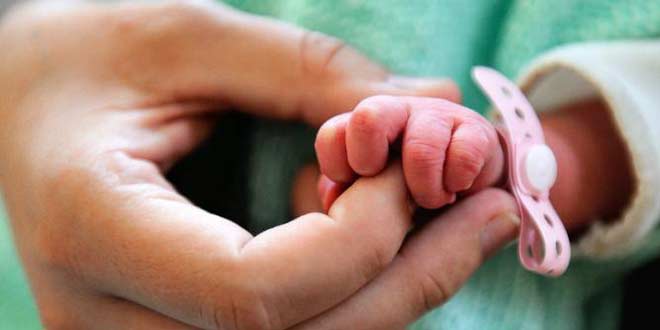 Researchers have found a way to give beneficial bacteria to C-section babies, who lose out on a protective microbial coat donned by peers delivered the natural way, a study said.

Bacteria in and on the human skin, mouth and gut play a crucial role in digestion, metabolism and immunity.

But babies born by Caesarian section have different microbes than their peers who travel through the birth canal, a passage thought to confer life-long benefits to the newborn.

Statistically, C-section babies are more likely to develop obesity, asthma, allergies and immune deficiencies later in life, wrote the authors of a study in the journal Nature Medicine.

“C-sections interrupt the ‘education’ provided by the microbes that come with vaginal birth,” said a statement from the NYU Langone Medical Center in New York, whose scientists took part in the research.

Among other things, the microbes help newly-formed immune systems tell helpful bacteria from disease-causing ones.

For the study, researchers swabbed newborn C-section babies with fluids from the mother’s vagina.

They monitored the infants for 30 days, and found that they had some, though not all, of the bacteria found on children born naturally.

C-section babies who were not swabbed had a very different community of bacteria, known as the microbiome.

Not yet known, however, is whether the treatment will have any protective effects in the long run.

Commenting on the study, Alexander Khoruts of the University of Minnesota’s Department of Medicine said further, large-scale studies were needed to build on the findings.

Only four C-section babies received the swabbing treatment in this study.

“The stakes could not be greater given the rise of multiple chronic disorders since the second half of the 20th century,” Khoruts wrote.

“With a third of US babies now born by C-section, twice the number as is medically necessary, the question of whether a baby’s founding microbiome affects its future disease risk has become more urgent,” Maria Dominguez-Bello, lead author of the study, said in a statement.

Woes of Mommyhood! Here’s Why Your Baby Cries At Night

Another really important reason to give breast milk to preterm babies

More Than 7,000 Babies Stillborn Every Day