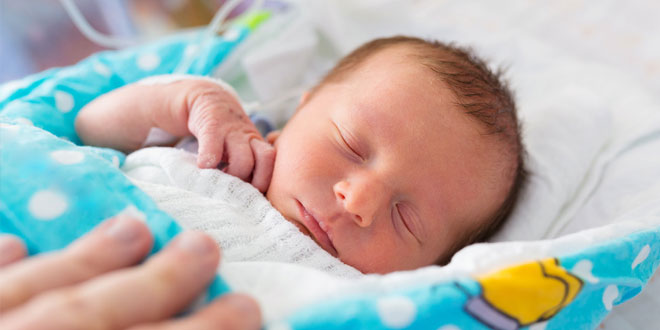 Another really important reason to give breast milk to preterm babies

A study has found another potential benefit of breastfeeding.

Aside from its nutritional virtues, breast milk has been found to favor more robust brain growth in premature babies. Positive effects were seen in preterm babies fed a daily diet of at least 50% breast milk. The findings were presented at the annual meeting of the Pediatric Academic Societies in Baltimore, Maryland, US.

A wealth of scientific research has already highlighted the protective role of breast milk against infection and illness, as well as inflammation, thanks to its composition rich in nutrients and antibodies.

Researchers from Washington University in the US have now found beneficial effects of early exposure to breast milk on the development of babies born prematurely.

Preterm birth is a major cause of neurological problems in children and has been associated with an increased risk of psychiatric disorders later in childhood. A child’s brain continues to develop until the age of 20.

The researchers studied 77 preterm babies born at least 10 weeks early and initially cared for in intensive care units. They monitored brain development with MRI scanning techniques at around the time each baby would have been born had they not been premature. The children will also be followed during their first years of life so the team can monitor motor, cognitive and social development.

“As the amount of breast milk increased, so did a baby’s chances of having a larger cortical surface area,” said the study’s first author, Erin Reynolds.

The scientists also found that preterm babies with a daily diet of at least 50% breast milk had more brain tissue and cortical surface area than premature babies who received less breast milk at the same age. With a well-established link between brain volume and cognitive development, the study’s findings are particularly significant.

However, further investigation is needed to establish exactly how breast milk affects the brain and which of its components appear to favour brain development.

Woes of Mommyhood! Here’s Why Your Baby Cries At Night