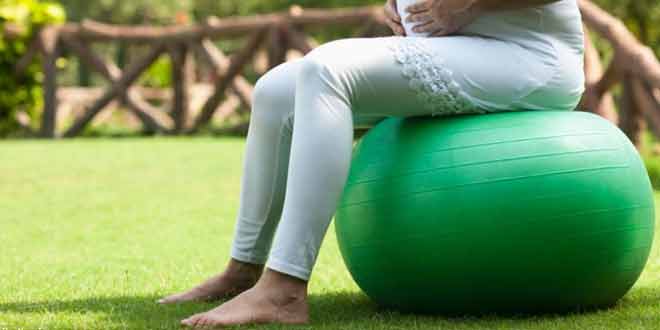 To avoid feeling depressed, putting on too much weight, and contracting gestational diabetes, it is better for pregnant women not to spend too much time sitting, especially in the second trimester, suggest researchers at Warwick University and George Eliott Hospital NHS Trust in the UK.

Their study, which was presented at the Society for Endocrinology annual conference in Edinburgh in the UK, involved 1,263 pregnant women. The participants had to report on their level of physical activity and emotional well-being in the first trimester of pregnancy and at the end of the second.

The team discovered that the pregnant women with the most depressive symptoms were also those who were the most likely to spend a lot of time sitting. The results took into account such variables as the participants’ BMI and socio-economic status.

The researchers also noted that these women had a higher blood glucose level in the 28th week of pregnancy and were therefore more at risk of developing gestational diabetes.

“Encouraging women to take breaks from sitting down might be an easier public health policy to implement than increasing their physical activity during pregnancy,” concluded Dr Ponnusamy Saravanan, one of the study’s co-authors.

The researchers noted that the advice of reducing sitting time has the potential to benefit pregnant women’s mental and physical health, as well as their weight and their baby’s health when born, if the approach is applied as a preventative measure from the start of pregnancy.

It is estimated that approximately 10% of women suffer from moderate to severe depression during pregnancy and that of those women, over 25% subsequently suffer from postnatal depression.

Pregnant? Eat this to maximise your baby’s brain health