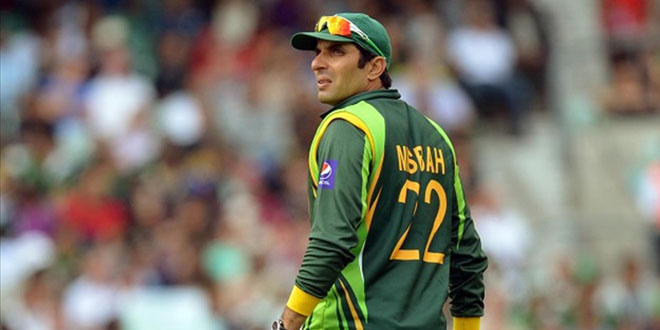 Pakistan Test Captain Misbahul Haq has no plans of retiring from the Test format but he will review his future in the game after the series against England.

The veteran had earlier expressed that he was looking to retire after the series against India which is most likely to be held in December.

“I have no ultimatum as far as my retirement is concerned. I have made no possible decision on that topic and will review my future in the game after the series against England.”

“It will be a challenge and immense honor to lead Pakistan once again. The players have done really done well as a team which is one of the reasons that irrespective of the fact that we haven’t played at home since 2009, we have achieved great success.”

In 2012, the England team was the victim of a memorable 3-0 whitewash by Pakistan. In correspondence to the comparisons, Misbah said,

“I don’t think the result of 2012 has much importance now as England is playing with new players and they have performed well in the Ashes against Australia.”

Pakistan cricket team will be looking to repeat their heroics once again in United Arab Emirates under the leadership of Misbahul Haq.