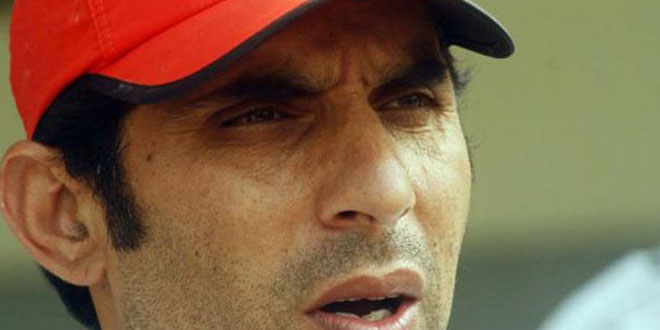 Pakistan’s Test captain Misbah-ul-Haq looked forward to his team’s bigger challenges ahead after thumping England 2-0 in the three-match series in Sharjah on Thursday, saying wins on away tours matter.

The series win lifted Pakistan to number two in the Test rankings but Misbah said it will be how they perform on away tours which will make his team greater.

“I think our biggest challenge is to play abroad so we have to get ready for that and prepare for that,” said Misbah of Pakistan’s tours to England in July next year followed by visits to New Zealand and Australia.

Misbah said his team needed to prepare for the four Test tour of England as of now.

“We have achieved a big and satisfying win against England but we have to forget that and from now on really prepare for the tough challenges as we have to plan differently on tours,” said Misbah, who remains undecided over his own Test future.

“There has been a lot of talk on that,” said Misbah who had hinted retiring from Test cricket after the England series. “Obviously I have some time to think about that, at the moment not sure about that.

“Let’s see, we have enough time for the next series and I can just rethink and plan what I am going to do in the next two three months,” said Misbah, who admitted it will be tough to motivate himself after only playing one format.

“Obviously the hunger is there. I love the game and want to play it. The one thing that is difficult is when you are not playing any competitive cricket for six to eight months and suddenly you come and play against top players, that is the period where you need to motivate yourself, if you do then it’s good.”

Misbah admitted England proved tough opponents, coming close to an upset win in the first Test and delaying Pakistan’s wins in the last two Tests until the fifth day.

“I think as far as the win is concerned this is great because England is one of the top teams and the way they have been playing after winning the Ashes and they put up good fight in all three Tests, so its satisfying to win.”

Pakistan, defending a 284-run target, needed eight wickets on Thursday morning. They grabbed four inside the first hour before Alastair Cook (62) and Adil Rashid (22) put on a valiant 49-run stand for the seventh wicket.

“Obviously we were very confident of the win,” said Misbah. “Because the manner in which our bowlers bowled yesterday and the pitch was spinning but we were also aware that England team has good players and their depth in the batting.

“We got our rewards by taking four early wickets at the start and then spinners dis the trick. Credit to Yasir, Malik and all other bowlers.”

Pakistan and England now play four one-day matches, the first in Abu Dhabi on November 11. The one-day series will be followed by three Twenty20 internationals.