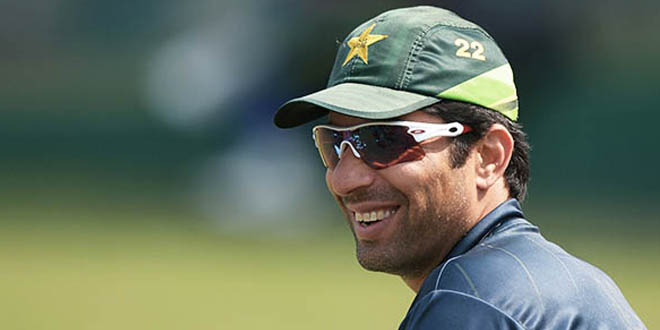 Pakistan target victory over England in the third and final Test from Sunday in what would be a fitting farewell for Misbah-ul-Haq, the country’s most successful captain who has hinted he’s ready to retire.

The 41-year-old, who quit one-day cricket after the World Cup earlier this year, had suggested that he would leave the game after a two-Test series against India in December-January.

But with relations between the arch-rivals once again strained and with that series in doubt, this England series may be Misbah’s last.

“To be honest, I haven’t made a decision on my retirement yet. I don’t know if we will be playing against India this season or if there will be an alternative series coming up, so I’ve not made up mind yet,” Misbah wrote in his column for cricket.com.au.

Pakistan are 1-0 up against England after winning the second Test by 178 runs in Dubai. The first Test ended in a draw in Abu Dhabi.

A 2-0 series win will lift Pakistan to number two in ICC (International Cricket Council) Test rankings, previously briefly attained by them for few days in August 2006.

Misbah’s personal form and fitness suggest he can carry on, having scored 3, 51, 102 and 87 in the four innings of the series.

But he said a player should leave the game on a high.

“One should think about leaving the game with respect rather than leaving it when he is forced to leave,” said Misbah.

Misbah will hope his team does not squander a good opportunity to win another Test series, like they did against New Zealand to who fought back for 1-1 in Sharjah last year.

The Sharjah stadium pitch has been relaid and is likely to help spinners, with leggie Yasir Shah, who took eight wickets in Dubai, and left-armer Zulfiqar Babar, who managed three wickets, playing a key role.

Shah worked with legendary Australian spinner Shane Warne in the nets on Thursday.

Pakistan are likely to bring in Azhar Ali — who missed the first Test with injury and second after his mother-in-law died — to open the innings in place of Shan Masood.

England, who were routed 3-0 by Pakistan in the United Arab Emirates three years ago, are likely to bring in middle-order batsman James Taylor for Jos Butler who has failed as wicket-keeper/batsman, managing just 34 in four innings.

If that happens, Jonny Bairstow will keep wicket.

Skipper Alastair Cook said changes will be decided after inspecting the pitch.

“Naturally when you lose a game or people haven’t performed as well as they would have liked, people will look at the team. We have a good squad and players itching to get in,” said Cook.

“We’ll look at our team and if we sustain the type of cricket we’ve played for five days rather than four-and-a-half we’ve got a really good chance.”

If England, currently third in the rankings, lose the series 2-0 they will drop to as low as sixth.