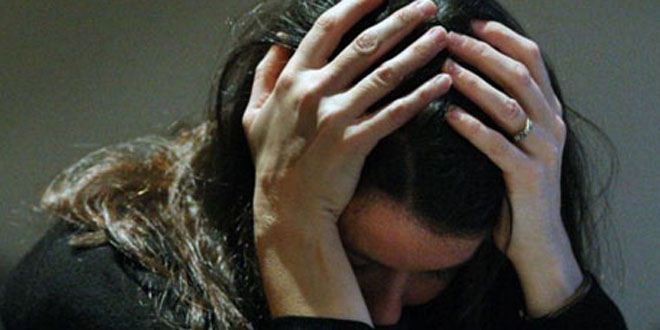 A 33 year old female was admitted to the Baitul Sukoon Cancer Hospital with complaints of pain, and lump in her left breast. She was diagnosed as having a malignancy in her left breast. She had a history of having bipolar disorder for the past 4-5 years, for which she was on the medication, Seroquel 100mg at bed time. While interviewing, the patient showed aggression toward her sister for no apparent reason and was getting abusive with her.

I observed that she was displaying signs of aggression intermittently on trivial matters like the flavour of the juice, diet, atmosphere of the hospital, neighbouring patients etc. On enquiry, she verbalized the cause of her aggression and said, “I get angry whenever I think about the financial burden, neglecting attitude of my husband and in-laws after the diagnosis of cancer, conflicts between parents, fighting with my parents and death of my elder sister due to breast cancer. Once my husband insulted me at home and taunted me on my disease process. This made me angry but due to my socio-cultural boundaries I was unable to vent my anger toward him.

Therefore, I hit my hand on a mirror. I still want to beat him for my satisfaction.” According to her, she used to break dishes and plates made up of glass and avoided interacting with others in the hospital because of her short temper.

Reflecting on the scenario, it can be inferred that the patient’s impulsive behaviour has had many adverse effects in physical and psychological terms. Patients with impulsivity might have trouble making relations or/and maintaining their physical and psychological health. They may even get involved in legal issues like suicide or homicide. That is why it is significant to learn about behaviour that can hamper one’s life and often remains neglected.

Impulsivity is an unplanned reaction to internal or external stimuli without thinking about outcomes and negative consequences (Johnson, 2007). In relation with the scenario, my patient used to break dishes and plates made up of glass in anger and avoided interacting with others in the hospital. People assumed that this behaviour was a result of the frustration due to the disease process, while in fact, it was the impulsivity. In mental health, impulsivity is linked with many psychological disorders like bipolar, personality disorder etc. resulting in cognitive and functional impairment of a person, leading to suicidal or homicidal attempts (Varcarolis & Halter, 2010)

In this case, the patient had bipolar disorder and wanted to beat her husband but was unable to do so, therefore, she hurt her hand by cracking the mirror. WHO (2011) estimated that 250,000 homicides occur among 10-25 years of age each year globally due to mental illnesses which include untreated depression, bipolar, personality disorder etc. (Ebrahim, 2012). According to the annual report of national poison control centre, at Jinnah Postgraduate Medical Center (2011), 2131 teenage suicides occurred in 2011 in Karachi because of their impulsive attitude secondary to above mentioned mental illnesses (Ebrahim, 2012).

Numerous factors are involved in impulsive behaviour. Neurotransmitters are the foremost cause where low levels of serotonin lead to impulsivity as serotonin has a role in the brain that regulates emotions and behaviours of human (Asberg, Scalling, Bendz, & amp; Wagner, 1987, Linnoila & amp; Virkkunen, 1992, as cited in Seo, Patrick & amp; Kennealy, 2008). Another neurotransmitter, dopamine, activates behaviour and also plays a role in modulating aggression. Low levels of serotonin cause deregulation of the dopaminergic system resulting in impulsive behaviour (Simoni, Toso, Fodritto, Sokola, & amp; Algeri, 1987, as cited in Seo, Patrick & amp; Kennealy, 2008). This patient also had low serotonin and high dopamine levels because of bipolar disorder.

Childhood temperament is another causative factor. It’s very important for a person to learn the skill of control over one’s emotions in childhood. This totally depends on how parents nurture their kids (bache). As in my case, there were conflicts between parents and children, resulting in a lack of attention and poor nurturing. Integrating Bandura’s behavioral theory (people aren’t born with aggression, they act aggressively because they have learnt that behaviour from day to day experiences or may be from the family (Johnson, 2007)) with the scenario, one can deduce that there were conflicts between both parents which the patient witnessed during childhood and learnt.

Actions that are not planned with keeping the consequences in mind have many adverse effects. People with impulsive behaviour are more likely to engage in substance abuse because the prefrontal cortex plays an important role in regulation of drug seeking behaviour (Zuzelo, Curram, Zeserman, 2012). My patient used to consume 10-15 packets of betel nuts daily.

Here, integration of behavioural model of impulsivity is very important. It can be defined as being divided into three broad categories; 1) Punishment or extinction paradigms, 2) reward-choice paradigm and 3) response disinhibition/ attention paradigms (Strakowski et al, 2010). My patient falls into the third clause in which her husband made a premature comment about her disease which made her impulsive. This model is measured with the help of a barrette scale.

Through the barrette scale, the patient’s degree of impulsivity can be calculated. This scale has 30 questions with 3 subscales comprising motor, non-planning and cognitive impulsivity. A score of 75 or higher indicates that the person has impulse control disorder (Strakowski et al, 2010). I used this scale in the patient in order to identify her impulsive behavior. She scored 78, thus confirming impulsiveness.

Multiple strategies can be performed that would be effective in modifying behavior. At an individual level, I can focus on strengths and weaknesses of patients because strengths can help in stopping negative behaviors. In my case, patient had no control on her impulses but she used to say that she is very humble. I focused on this trait and started reminding her about it whenever she thought of beating her husband.

This brought about a slight improvement in her temperament. Additionally, I can arrange for counselling sessions including social building skills, coping skills and anger management tactics. To enhancing coping, I can teach them to create a safe environment, and understand that there are some situations which aren’t in their control, and instil the need to think positively (Varcarolis & Halter, 2010). Furthermore, for anger management I can explain skills like backward counting; leave those places for some time that make them angry, encourage deep breathing exercises, and teach them about activities that relieve anger, like taking a bath with cold water. Above tactics helped my patient to control her anger and she exhibited a comfortable attitude.

At group level, we can arrange group interactions for better communication. This would help them understand how others control their impulses and also increase their socialization (Varcarolis & Halter, 2010). As my patient avoided interacting with other patients, I tried to involve her in group activities. Additionally, family counselling is essential in terms of controlling a patient’s emotions. These patients are more likely to involve in over spending so families need to establish limits and monitor the patient’s activity regarding usage of bank accounts, credit cards. (Mestre et al, 2013). My patient did not show any sign of over spending.

At an institutional level we should focus on staff communication and action. These patients get aggressive abruptly, therefore it’s important for health care teams to maintain a relationship of trust with the patient, set limits, talk politely and implement actions without being judgmental (Zuzelo, Curram, Zeserman, 2012). In my scenario, the staff members and I were talking with the patient respectfully and set boundaries so that her aggression would not get worse.

In a nut shell, I have learnt how certain strategies are planned in various ways for the patient’s betterment. Briefly, impulsivity is exemplified by foresight, reflection and behaviour that is highly precarious resulting in adversative consequences where a person may end up in legal issues. Therefore, the aforementioned interventions can help in the resolution of such behavior and help the patients in seeking positive outcomes. Additionally, different theories and models can be incorporated at all levels to deal with such patients and improve their psychological as well as physical health.

5 Signs you are Living with a Psychopath