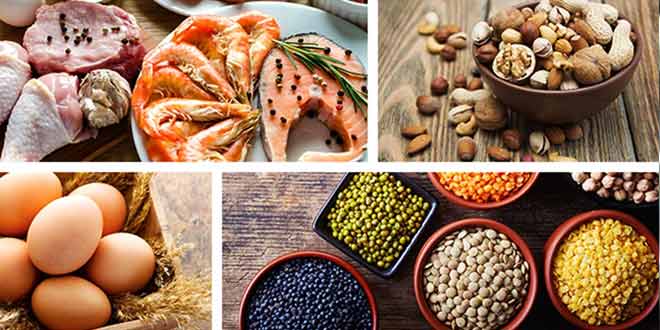 Losing weight with a high-protein diet can improve sleep quality

While most scientific studies have focused on highlighting the role of sleep in weight-loss diets, professor of nutrition science Wayne Campbell and his team of researchers at Purdue University in the US state of Indiana considered the exact opposite, investigating the effect of a weight-loss diet on sleep quality.

The findings, published in the March edition of the American Journal of Nutrition, show that following a high-protein diet for several months can lead to better sleep in obese and overweight adults. In a first pilot study, the researchers asked 14 overweight participants (11 women and three men) to follow a high-protein diet based on pork and beef or soy and legume products.

For the main study, involving 44 overweight or obese volunteers, one group followed a diet with a normal intake of protein, whereas the other group followed a high-protein diet. After a three-week period allowing volunteers to adapt to the diet, participants then consumed 0.8g or 1.5g of protein a day per kg of body mass for 16 weeks. Each month, the researchers evaluated the quality of participants’ sleep by means of a questionnaire.

The scientists found that after three and four months, the volunteers with the highest protein intakes while losing weight reported an improvement in sleep quality. “Short sleep duration and compromised sleep quality frequently lead to metabolic and cardiovascular diseases and premature death,” explains Jing Zhou, the study’s first author.

“Given the high prevalence of sleep problems it’s important to know how changes to diet and lifestyle can help improve sleep.” The results could see high-protein diets regain popularity, such the Dukan Diet or the Atkins Diet, or those followed by high-level athletes.

Two studies published in March 2014 in the Cell Metabolism journal found that people with the highest protein intakes were four times more likely to die from cancer than those who ate little protein. This type of diet was also found to reduce life expectancy.