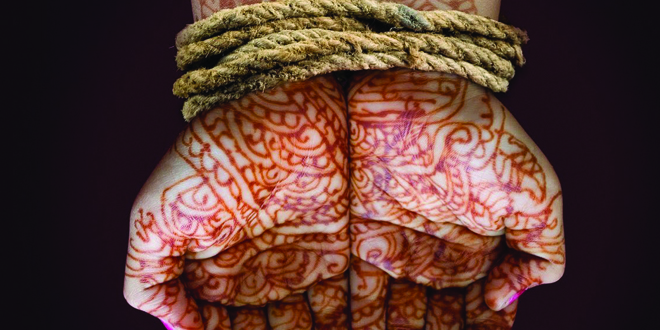 A barbaric incident of honor killing was reported some time back; a 19-year-old, four months pregnant girl, initially presumed to have committed suicide, was confirmed by police investigation to have been murdered.

Such incidences are becoming part of our daily news. Her family took two lives. She was killed just to restore her family’s honor and to prevent further shame.

Female gender is the basic pillar of any society; playing many important roles. Being a signatory of the United Nation charter and an Islamic country, females must avail all their rights in Pakistan. But inauspiciously, due to certain factors women are not able to entertain all rights.

Women face different acts of violence in which honor killing is one of the major issues. Jafri (2008) defines honor killing as “a premeditated murder of a girl or woman, committed by her brother, father, or combination of male agnates in the name of restoring the family’s social reputation”

There are plenty of socio-cultural and ethno-legal factors responsible for the surge in honor-killing.

Firstly, in a patriarchal society, women are expected to behave modestly and males need to cash the dignity when a family member brings shame to the family; failure of the male to do so adds to the shame.

Secondly, lack of education is responsible for the development of a strong sense of “pride” (ghairat) in orthodox societies.

Thirdly, the non-acceptance by society and the taunts given to the male members of family also lead to the provocation of anger and end in the killing of the victim. Furthermore, failure of authorities to promulgate effective laws against honor killing i.e. senators and members of Parliament is an additional cause.

Though, a law exists in the name of Criminal Law Act 2004, it is not effective in curbing the issue. It has various discrepancies; for instance, it is unable to define the issue clearly, to discriminate honor killing from other forms of domestic violence and to formulate effective punishment against the guilty.

In addition, non-serious attitude of legislators and law enforcement agencies towards this issue is also a contributing factor. For instance, victims escaping honor killing are abused in police stations. In addition, domestic disputes, culture of violence, lawlessness, cultural constrains, feudal involvement and the ecology of urban setup adds to the suspicion. Negligence and corruption enhances the menace in society.

Honor killing being a form of domestic violence, poses various threats to human life. For instance, it is the violation of human rights which everyone possesses by birth. It violates the right to live in freedom and equality; presume innocence, and have a standard of living adequate for health and well-being. Honor-based violence (HBV) affects physical health, mental health and social life as well.

Victims surviving HBV end up with a poor social life due to isolation from family and ill-treatment by society. People suffering HBV or witnessing it suffer from mental trauma and poor physical health. According to Karmaliani, et al., (2012) Pakistan has the highest prevalence of psychiatric morbidities including women with 66 % incidence of depression with major contributing factor of domestic violence.

As this menace has deep roots in every society irrespective of religion and cast; serious actions are required to curb it. Firstly, widespread education is needed. For long term implications, budget allocation to the education sector should be increased. Furthermore, topics regarding human rights, status of women and violence against women should be included in the syllabus to educate the society.

In addition, involvement of religious leaders is needed to clear the religious dogma in order to make it evident that gender discrimination cannot be rationalized via religion. Secondly, collaboration of health care workers and NGOs is needed to assist government agencies in formulating effective laws against HBV. Zero tolerance policies need to be promulgated against violence and discrimination against any gender as recommend by local English daily.

Furthermore, the legislators and law enforcement agencies need to be reformed to end the non-serious attitude. Similarly, there is an immense need of laws which can clearly demarcate between honor killing and other domestic violence to end abuse of law by police and judiciary due to discrepancies in law.

In addition, equipping police department with modern equipment and empowerment and an increase in women police force is required to address the issues of investigations. Thirdly, shelters should be provided all over the country to all victims who escape HBV.

We can provide support to the victims who suffer due to psychiatric issues. Furthermore, there is a need of hotlines across the country. We can guide patients to organizations like Sahil, Aahung, Aurat Foundation etc. if any history of abuse is identified. Lastly, empowerment of women and curbing poverty is needed.

Skill building is an effective intervention. In short, the three p’s need to be addressed: prevention by women empowerment and education, protection by formulating laws and public awareness and prosecution by providing shelter.

In conclusion, honor killing is a global issue but especially problematic and worsening in Pakistan.  It is a form of domestic violence which is exacerbated by male dominance, tribal values, illiteracy, ineffective laws and non-serious attitude of law enforcement agencies and legislators.

Apart from violating human rights it also affects mental and physical health and social life. Our society need to be educated to curb the issue. Establishment of effective laws and strengthening of police force is required and poverty needs to be curbed through skill building to empower women.

About the author: Asif Iqbal is a student of BScn final year at Aga Khan University Karachi.